Blade-less Turbines Could Be The Future! 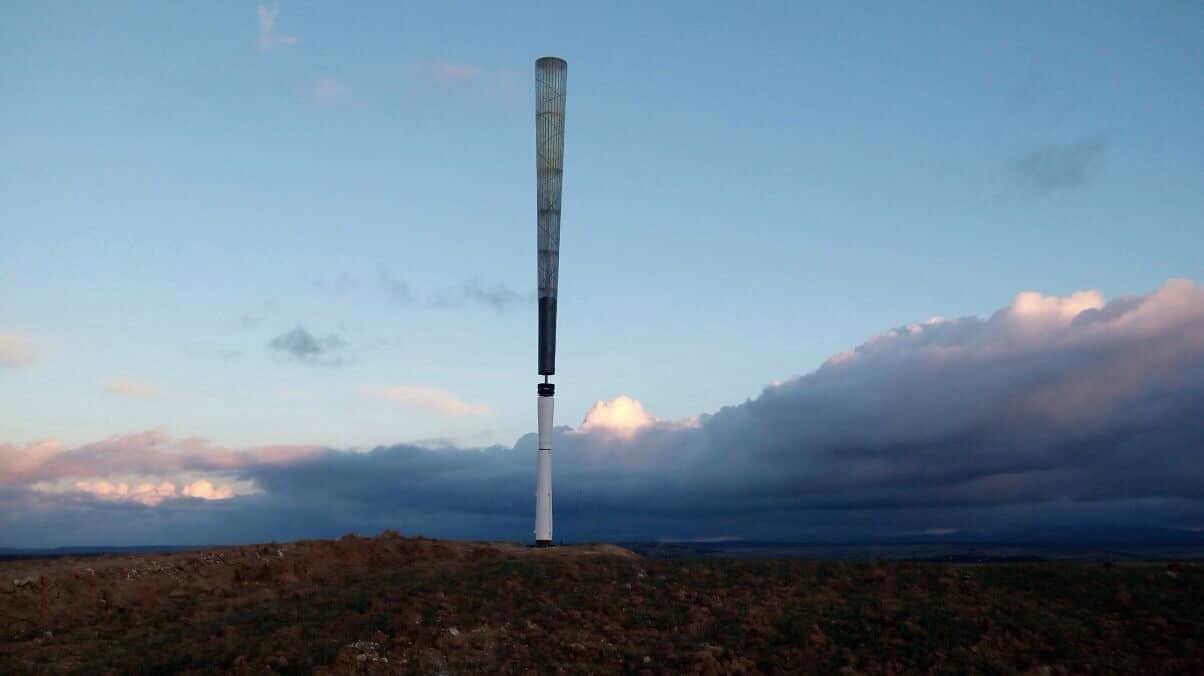 We’ve all seen them. The giant fans that spin (on occasion) and are said to help power the world without needing to worry about the pollution that may be generated. The problem is a lot of people don’t like the look of them (bar the fact that unless you have the right conditions the fans won’t spin), but what if someone came up with a new design?

A company in Spain is looking to do just that, Vortex Bladeless are looking to remove the unsightly blades and change how the wind can help power your homes. The giant metal pillars are instead designed to shake, a movement created by the air flowing around the pillars rather than forcing and pushing a giant blade instead. Typically buildings are designed to avoid the kind of wind and vortices that these pillars are instead designed to capture and use. While normally utilizing these by creating a building to oscillate at a specific frequency that the wind may occur at. Instead, Vortex states that by using magnets they are able to adjust the turbines in real time, getting the most out of the wind without having to wait for the opportune moment.

By converting the movement into electricity, Vortex claims to be able to reduce the cost of turbines by almost 40%. The reason for this price reduction is simple, very little maintenance is required if there are no gears or moving mechanics instead. While also cutting initial build costs by almost half due to the lack of expensive blades the blade-less design also has a small problem. The design only captures on average around 30% less energy than a regular turbine, something you could argue is offset by the smaller pieces of land they occupy and silent almost continuous running.

I’m all for environmental energy. Be it solar, wind or tidal renewable energy and electric vehicles are going to help cut pollution and make the world a better place to life very soon in the future, anything that helps bring that future closer can only be good right?