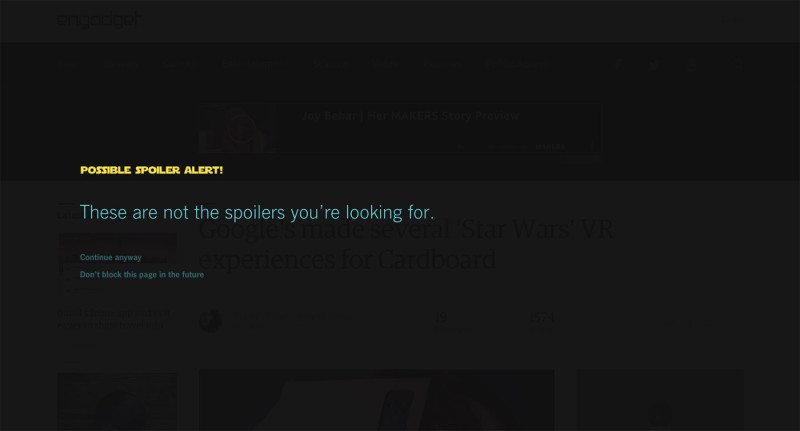 Star Wars the Force Awakens is set to be one of the largest films of the year and with generations of followers waiting for the big release this Thursday it was only a matter of time before people started posting spoilers or concepts that could ruin the film if you can’t make it to the cinema in time. The BBC posted an article explaining several ways to avoid spoilers (or the film altogether), ranging from moving country to retreating from the online world as a whole.

We at eTeknix understand that this may not always be possible (who can go without their memes these days?). One approach someone has taken is a similar one to something people use every day, an adblocker. Adblockers detect ad’s on a website and unless whitelisted, stop them from loading avoiding the onslaught of sounds and videos that loud on most web pages. Force Block, a chrome extension, aims to do the same but with spoilers for the highly anticipated film.

With a white list function you can add websites you think are being flagged incorrectly but otherwise upon loading a page you are met with a dimmed web page and a warning stating that you could be ruining the film in one of many different messages inspired by the films.