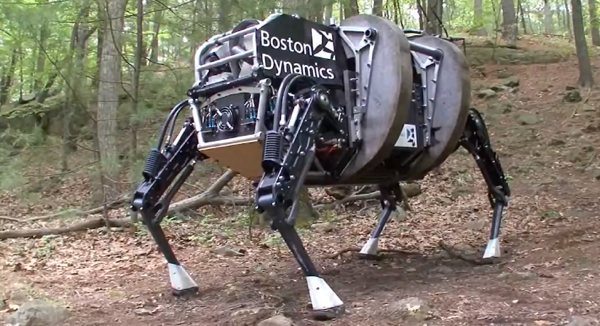 According to an article by The New York Times, Google has acquired Boston Dynamics, builder of terrifying walking robots DARPA-related projects like WildCat/Cheetah, Atlas, Petman and Big Dog. Andy Rubin has moved over from leading Android to directing Google’s robotics efforts and tweeted a link to the story, commenting that “The future is looking awesome!”. Now that it’s out, don’t think that a company specializing in building state of the art robots and a company that knows everything there is to know can start building “Terminators” anytime soon. It is just a big step and an area worth pursuing, there is still a long way until we meet robots capable of comprehension.

There’s no word on how much Google spent to snap up the robotics company, but its founder Marc Raibert is quoted by the Times saying “I am excited by Andy and Google’s ability to think very, very big, with the resources to make it happen.” Raibert stated in an interview during Expand, he specifically highlighted his company’s recent growth and the possibility of building consumer-focused robots in the future.

Google apparently does not plan to proceed as a military contractor itself, although according to the article, Boston Dynamics will honor its existing military contracts. Raibert confirmed the acquisition, but so far neither side has commented further or explained how search ties into robots that walk on two or four legs, jump, climb and crawl.