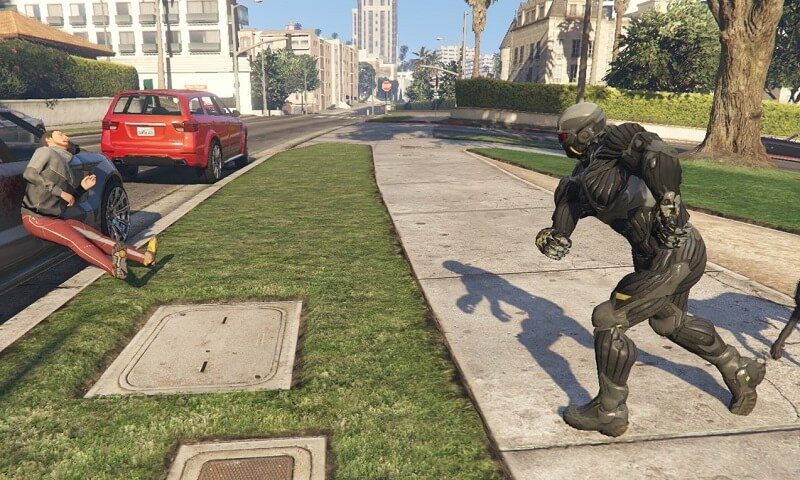 We’ve seen so many truly epic mods for Grand Theft Auto over the years, but the latest one from JulioNIB is one of the best so far. The mod brings the legendary Nanosuit and all its powers from FPS masterpiece Crysis to the world of Grand Theft Auto V. That means you can rip around town using speed, strength, stealth, and armour, along with all the cool sound effects, weapon add-ons and more.

You can now switch guns between burst and single fire, throw pedestrians with your super strength, perform air stomps; the list goes on!

If you want to download the mod, grab it here, as well as the Nanosuit model here.