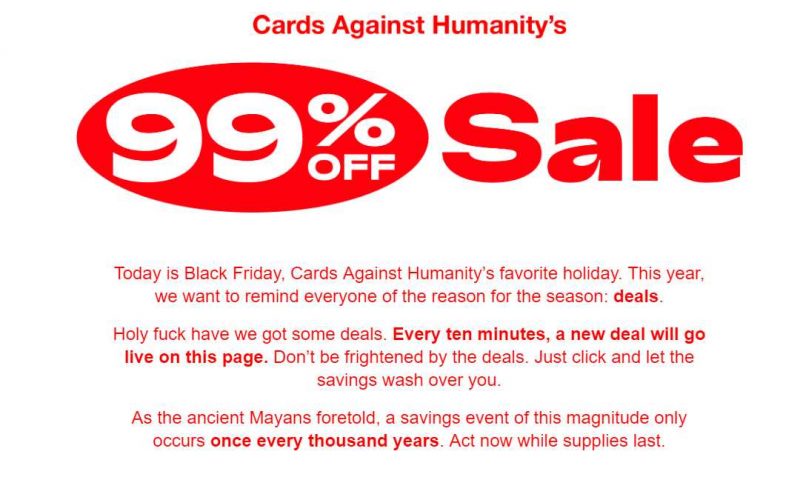 If you are not aware of what Cards Against Humanity are, let me enlighten you. It is a card game in which you players are given a set question and must use their cards to give the most inappropriate and offensive answer possible. The person who gives the most offensive answer (judged by the other players) wins the cards and whoever has the most at the end has won the game.

It’s certainly not a game suited for sensitive souls, but with a few drinks (and the right company) it can be great fun.

Well, if you were aware of the card game, did you know that the website has a bit of a tradition for holding a Black Friday sale? Not in the traditional sense though!

Now, while these sales are entirely legitimate, this isn’t as simple as it appears. Firstly, there are thousands of people all vying to get these exceptionally limited (and someones 1 only) items. In addition to this, you also have to answer a Cards Against Humanity question to prove you’re human. 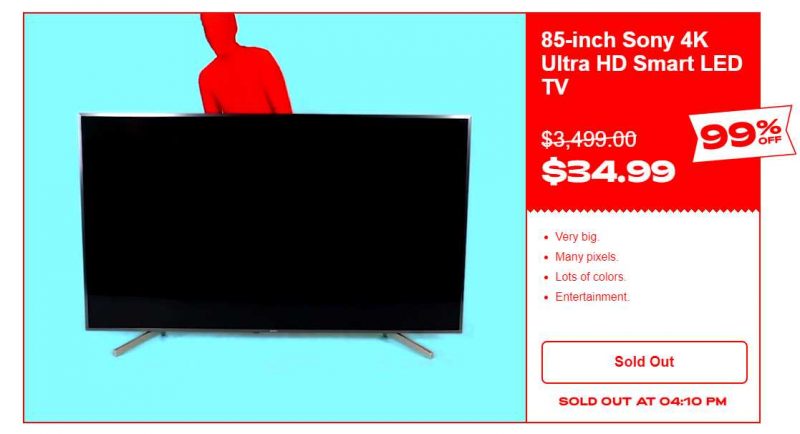 Yes, it is entirely a legitimate sale, they’re just not selling a lot. A flash sale starts every 10 minutes and you can check out their website in the link here! – The chance that you’ll win something is very slim, but you have to be in it to win it.

It is all, of course, a publicity stunt and wouldn’t be the first. For example, in last years sale that charged an extra $5 on their card game. It’s all about the fun really, but you should still check it out! 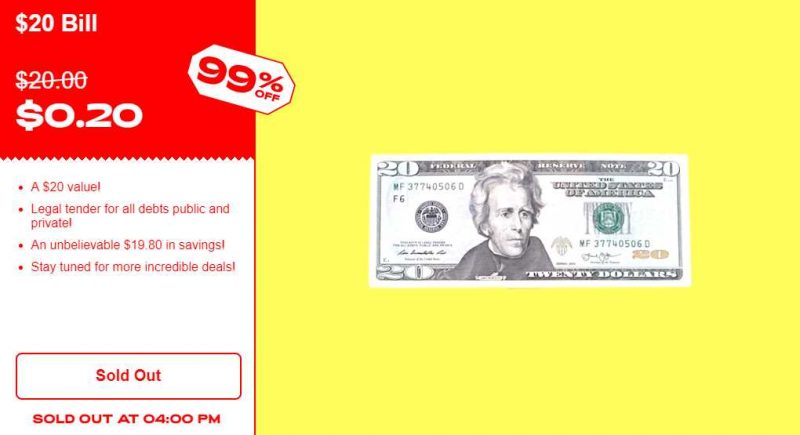