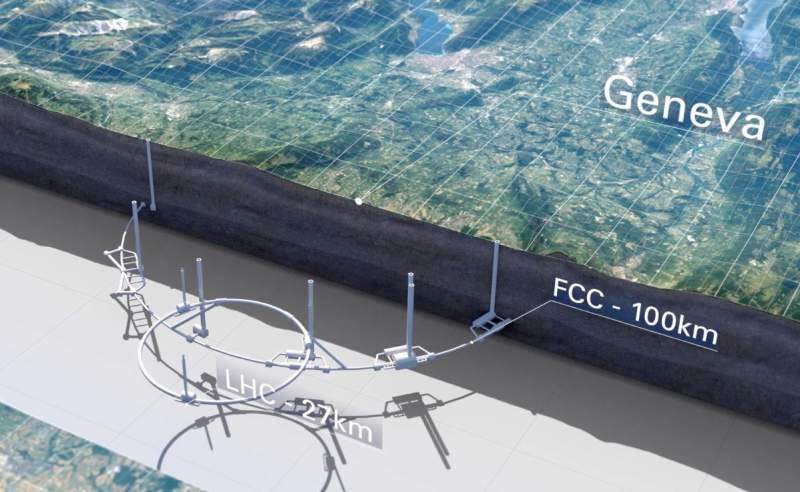 CERN has been planning their next generation collider for years. Now they have finally unveiled the plans for the Future Circular Collider (FCC). A massive 100-km (62-miles) long construction which dwarfs the massive Large Hadron Collider in comparison.If the LHC is capable of 14 TeV and 209 GeV, the FCC is projected to be capable of up to 100 TeV and 350 GeV

Gian Francesco Giudice, the head of CERN’s theory department, compares the leap from LHC to FCC in terms of space missions.  It is “like planning a trip not to Mars, but to Uranus.”

The 27-km long LHC has produced a great deal of discoveries in its time of operation. Although the LHC has not discovered any evidence for additional particles since Higgs-Boson, experts remain hopeful that it would be possible with the FCC.

Guidice adds “exploring the highest possible energies with bold projects is our best hope to crack some of the mysteries of nature at the most fundamental level.” At the very least, with a powerful accelerator at their disposal, scientists will be able to look at particles much more closely.

How Much Will This CERN Project Cost?

A project of this scale obviously is going to cost billions. However, the proposed €21 billion ($24 billion) actually sounds quite modest. 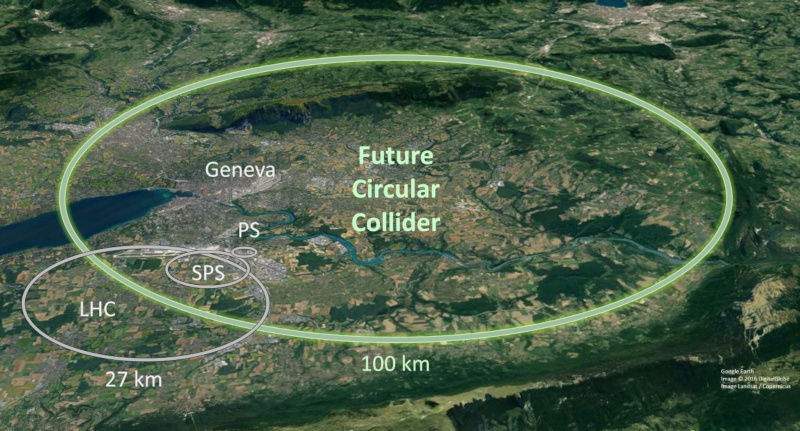