These Chinese Military Robots Were Designed to Fight Global Terror 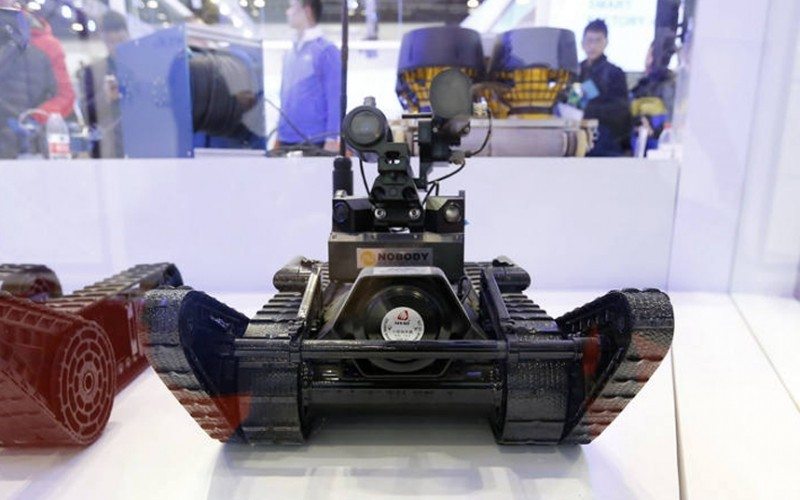 During the recent World Robot Conference that took place in Beijing, a Chinese company has revealed three brand new “attack robots” that were designed to help in the global fight against terror. What’s interesting about these military robots is that they can work together on the battlefield in order to fulfil their objective, and this makes them similar in some ways to a small squad. The first robot can be deployed for reconnaissance purposes, and it can seek out poisonous gases, explosives and deadly chemicals thanks to an array of cameras and sensors. If it detects any danger, the robot sends the information back to headquarters, where it can be analyzed by those in charge of the mission.

In the event of a bomb discovery, a second 26-pound EOD robot is deployed, which can relocate and defuse the explosive device as long as it is not incredibly complex. This second robot was built using plastic and aluminum in order to reduce its curb weight, which means that it can actually be carried around in a soldier’s backpack. The third and arguably the most impressive robot is armed with grenade launchers, minor-caliber weapons and recoilless rifles. According to the Xinhua news agency, this machine can “hit its target from a long distance”, which definitely sounds promising.

These little robots can be purchased for about $235,000, and reports state that the local Beijing police has already placed its order. Chen Deqiang, the sales manager over at HIT Robot Group has stated that these devices “can also be applied in firefighting, public security, forestry and agriculture.”