The City Scanning Drone From Half-Life 2 Made Real 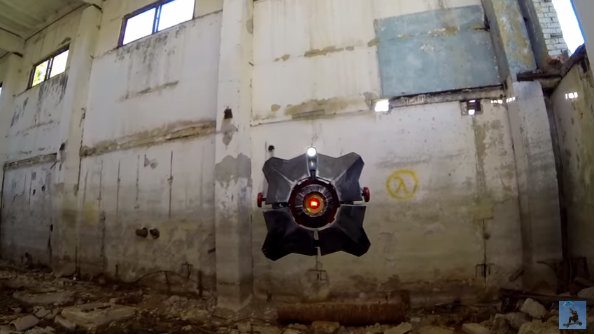 When it comes to video games, the Half-Life series will always have a special place in PC gamers hearts. From the original game to the lesser known follow-ups (Opposing Force and Blue Shift), even the original Counter-Strike video game bring back memories for many gamers. When the sequel was released, we were introduced to a whole new world and now it looks like that fantasy may become a reality with a City Scanner drone already flying around the world.

Made from carbon fiber and expanded polystyrene, the drone is made from scratch using a quadcopter motor and a flight controller DJI Naza-M Lite. With an average flight time of 11 minutes the drone doesn’t look to end there, with the flash effect quickly burning out the bulb leaving the creator wanting to fix the problem in the near future. Alongside the flash effect the creator of the drone wants to add a video transmitter to the drone’s camera, giving you a remote view as you browse the cities of the world.

The drones creator doesn’t want to stop there with an open forum looking for suggestions about their next creation. Asking for a challenge, they state that they like it when people say things like “it will not fly” or “it’s not possible”. What fictional drone would you like to see made real? Leave your ideas in the comments below.