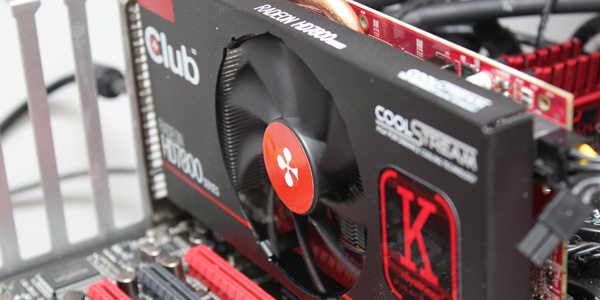 It’s been a while since we’ve heard much from Club3D with the last card we looked at from them, being the 6950 Battlefield 3 Edition, back in December last year. Since then, Club3d in theory should have had a fantastic start to the year, as they cater for both AMD and Nvidia based products and both have now released large amounts of different products.

Well the truthful answer is that Club3D aren’t considered official authorised partners of both AMD and Nvidia, which leaves them in a situation where they may get GPU cores slightly later than the other partners, but this hasn’t deterred them, as they’ve been hard working away on their branding and design and have come up with a whole new range of cards.

The new range, dubbed PokerSeries, all revolves around the face cards in a playing deck, including royalQueen, royalKing and the jokerCard and soon to be royalAce. Each range includes a unique feature or two, which incoporates their patented CoolStream technology and maybe even a pre-factory overclock; depending on if you go for the royalKing or royalAce.

Today, we have managed to get our grubby mitts on the Radeon HD 7850 royalKing 2GB card, which includes the CoolStream cooling technology as well as having a modest 50MHz increase on the core clock speed to 910MHz, so lets take our usual look around the box and any included accessories and then move onto the card itself, in terms of style and design.

Afterwards, we can get down to the reason we are all here; the performance. We will throw this card into our test bench and run our typical suite of games and applications, so that we can see if the factory overclock and custom cooling solution really make a difference.