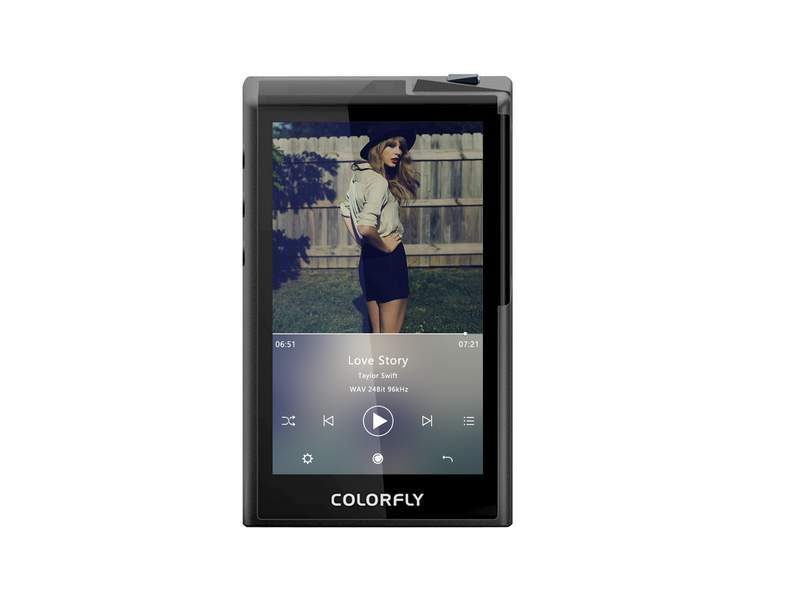 COLORFLY, a subsidiary of COLORFUL, is launching their new HiFi U8 portable media player. The device only measures 110 x 66 x 14mm, and it comes with a 3.97″ WVGA IPS touchscreen for displaying as well as controlling playback. The U8 also features a unique dual in-house developed DAC, and supports the following file formats: 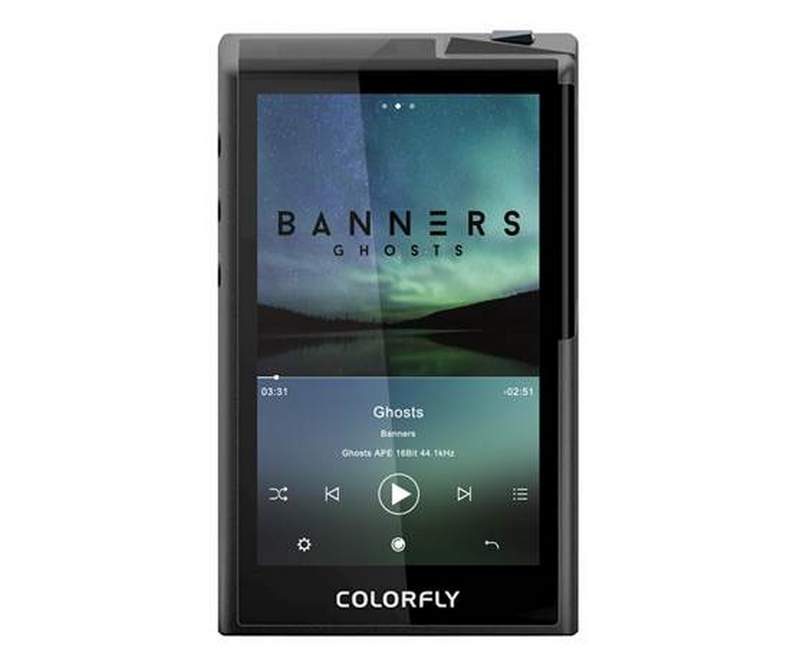 The device has a built in 2GB of RAM with 64GB of ROM for storage. However, users can expand it via TF card up to 256GB. Audio output is through a 3.5mm headphone jack. It charges the 3300mAH battery via USB type-C, and also allows for file transfer access that way. 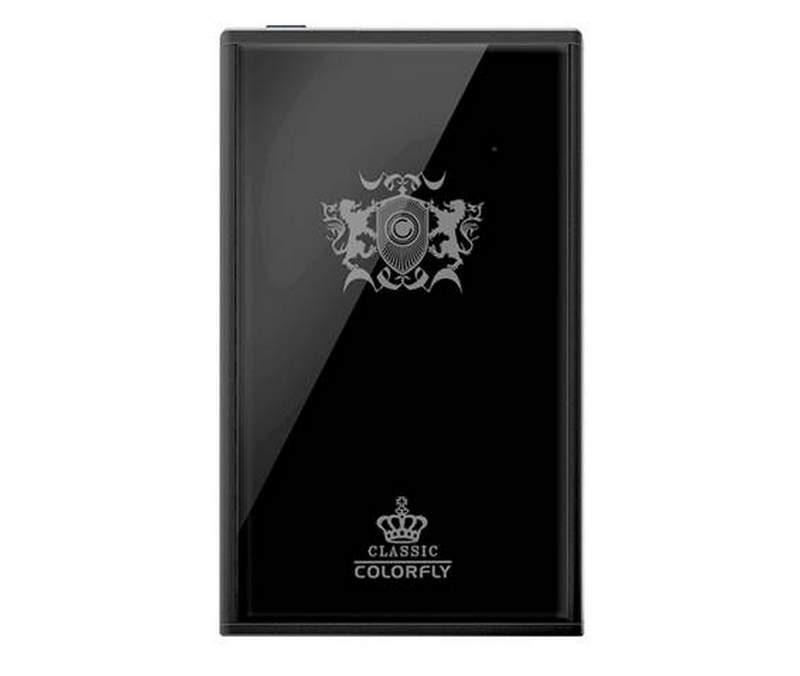 Does It Have Wireless Features?

The portable device does have networking features, and has a built-in 802.11b/g/n (2.4GHz) WiFi capability. Furthermore, it also has Bluetooth 4.0 for wireless transfer and BT headphone support. The U8 also has DLNA support, allowing users to access their media library whenever connected in a network. 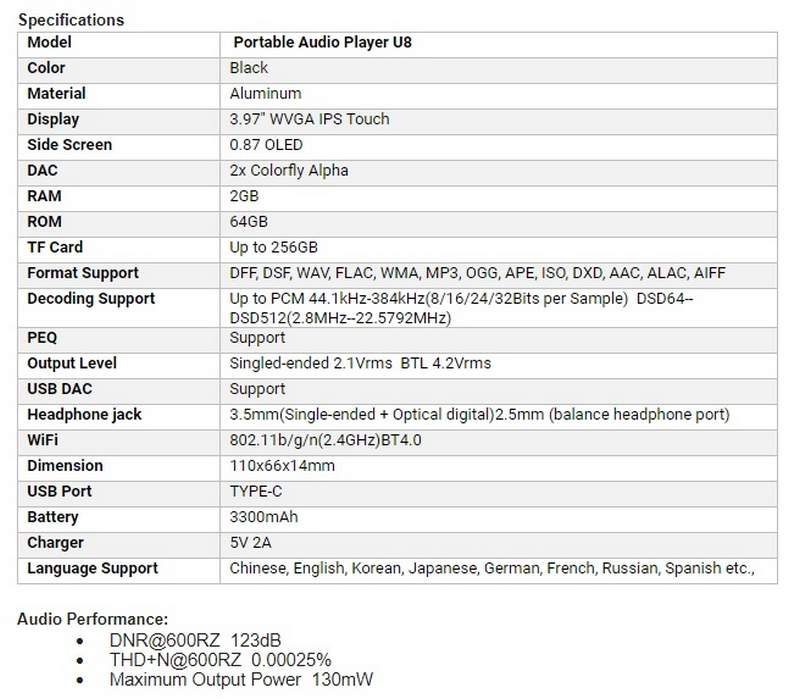