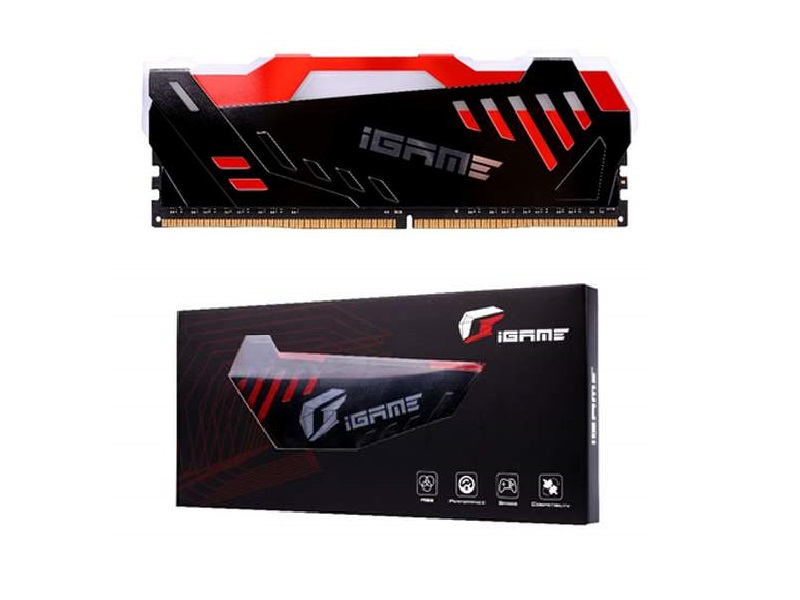 Colorful Technology is launching their new iGame D-RAM DDR4 gaming memory, with aesthetic cues that match their motherboard line. Furthermore, each iGame D-RAM DDR4 is equipped with wireless RGB LED features which are also compatible with ASUS Aura Sync. Although, even if you do not make use of these LED lighting, the black and red heatspreader should match many black and red themed gaming hardware.

How Well Does This iGame DDR4 Memory Perform?

In terms of performance, the iGame DDR4 memory is available in kits up to 3200MHz with 8GB sticks. Although they did not disclose the timings for each module yet. What is known is that these will be using Samsung memory ICs instead of SK Hynix ICs used in mainstream kits.

This is Colorful’s first foray into the gaming memory market. Having of course made motherboards and graphics card for their iGame brand previously. Other than memory, Colorful has also released SSDs previously. In fact they have several options now including SATA and M.2 NVMe drives. So expanding into memory modules seem like a logical choice all things considered.

Like all memory products, it supports XMP 2.0 and comes with a lifetime warranty. Expect availability in the Asian market soon.