Which Companies Had The Most Security Vulnerabilities In 2015? 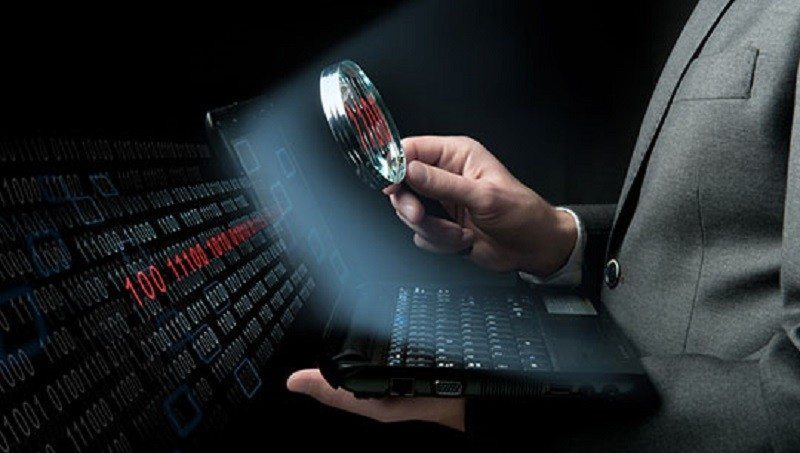 Cyber security is a hot topic and the rise of attacks which looks to exploit security flaws within a company’s software is becoming increasingly commonplace within the tech world. CVE Details have thus released its rundown of the most security vulnerabilities in a variety of software products for 2015 and it contains a top five that includes Mac OS X, iOS, Flash, Adobe Air and Air SDK.

Below is an image which details the number of vulnerabilities per software product, as you can see, the reports suggest that Mac OSX had a reported total of 384 vulnerabilities with IOS just slightly behind on 375, Adobe Flash player makes up the top 3 with 314 that have been officially disclosed. There is, however, one or two caveats behind these stats, for example, CVE Details Lists every version of Mac OSX as one entry, while the many multiple editions of Windows are listed separately, this means that while OSX is at the top, if you look down you will see Windows has a higher count of vulnerabilities when you take into account versions from Windows 8.1 all the way back to Vista etc.

The second image of the bar graph also conveys the vulnerabilities of the top 50 products by vendor, as you can see, Microsoft edges out Adobe while Apple is third. 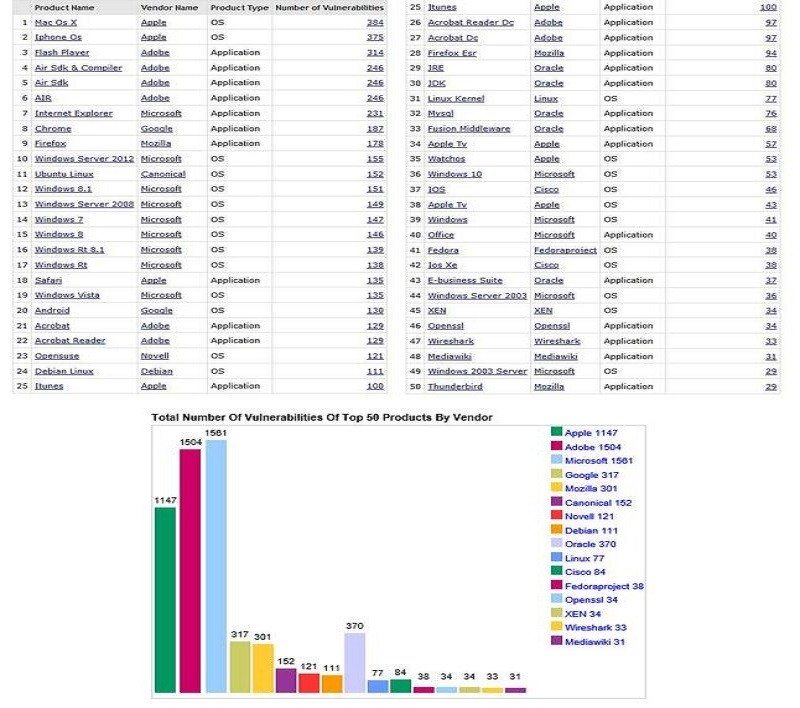 In 2014 the list of the top five were IE browser, Mac OS X, Linux Kernel, Chrome and iOS, it is also worth noting that not every software company has the same policy when it comes to disclosing security vulnerabilities within their software.