I often say that a box is just a box, but that hasn’t stopped CM Storm going all out on the design here, featuring a great product shot of the chassis on the front backed by a monochrome image of a soldier on the battlefield, most likely aimed at the Call of Duty / Battlefield crowd when it comes to a gaming chassis, but either way it really grabs your attention.

Around the back we have three images of the chassis, detailing its major features, such as the fan mounting points, cable management, fan LED power switch and ventilation points. 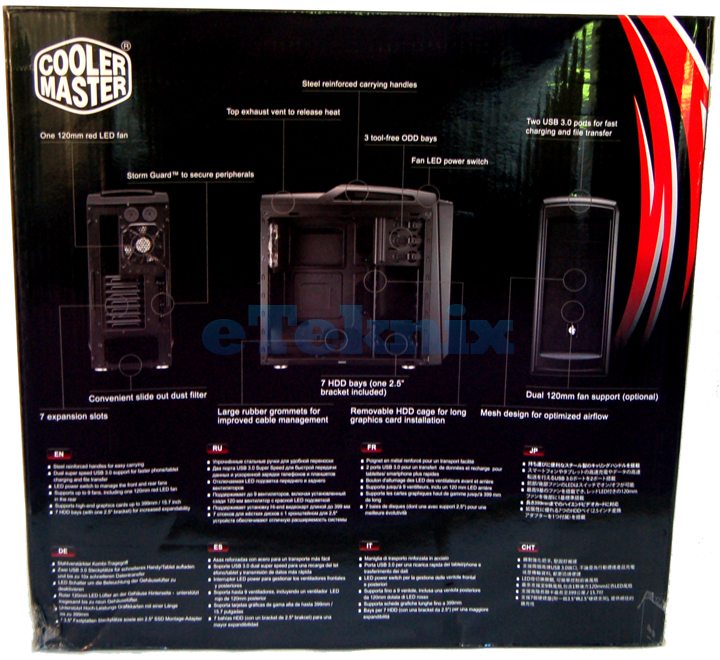 There are a few extras in the box, such as the instruction manual, 10 hard drive rails for the quick release bays, a bunch of cable ties, an internal speaker, as well as the usual screws and bolts required to install your components. 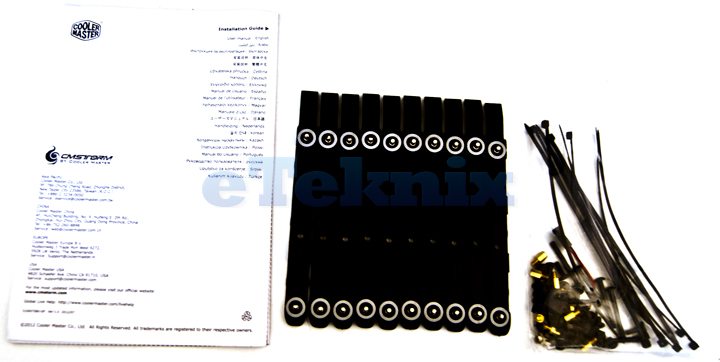