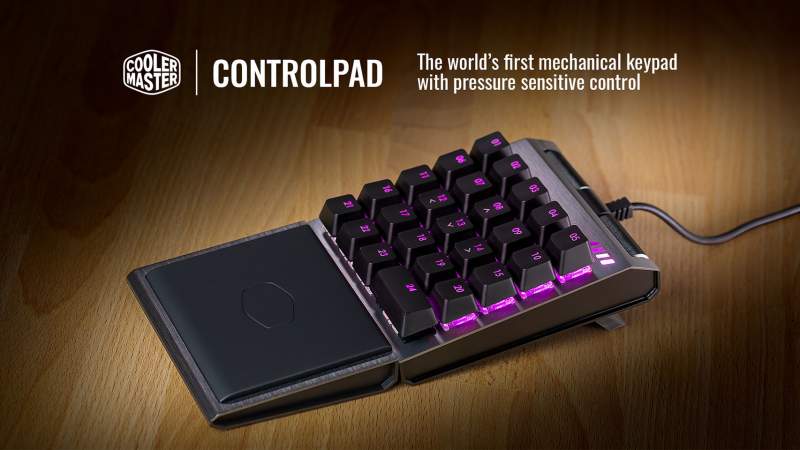 Peripheral and case manufacturer Cooler Master started their ControlPad Kickstarter campaign two months ago. Now Cooler Master is announcing that they have reached their original goal and beyond.

It is basically a mini-keyboard with 24 mechanical keys for a variety of uses. This includes gaming, productivity or any task where an analog control input can come in handy. The ControlPad uses standard Cherry MX Red or Gateron Red switches. Moreover, it is fully programmable through an included easy-to-use software. So users can tailor each key’s function for specific tasks. The ControlPad uses Aimpad technology which turns the digital input from standard mechanical switches to analog controls. The ControlPad also comes with a removable wrist rest and has two built-in precision scroll wheels, is fully RGB backlit, and is finished in sleek brushed aluminium.

Since this is a niche product, Cooler Master opted to use Kickstarter. This makes sense from an economic standpoint as it allows them to gauge interest before manufacturing. Plus, they will know how much to manufacture depending on how hot the demand is. In fact, many companies have increasingly turned to the platform to fund unique projects lately.

How Fast Did it Reach Its Goal?

Due to its success, Cooler Master has expanded the campaign by announcing several stretch goals.

What Stretch Goals are Available for the CM ControlPad? 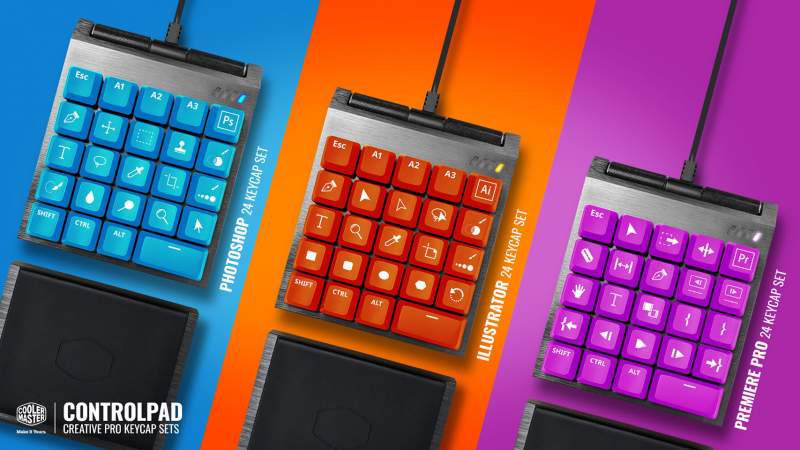 The company has announced three further stretch goals from the original $50,000 USD. In fact, the first goal has already been reached since it was set at $75,000. This brings aluminium top plate choices for backers.

How Can I Support This Kickstarter Campaign?

Simply follow this link to support this Kickstarter campaign. The product arrival is scheduled for May 2019.