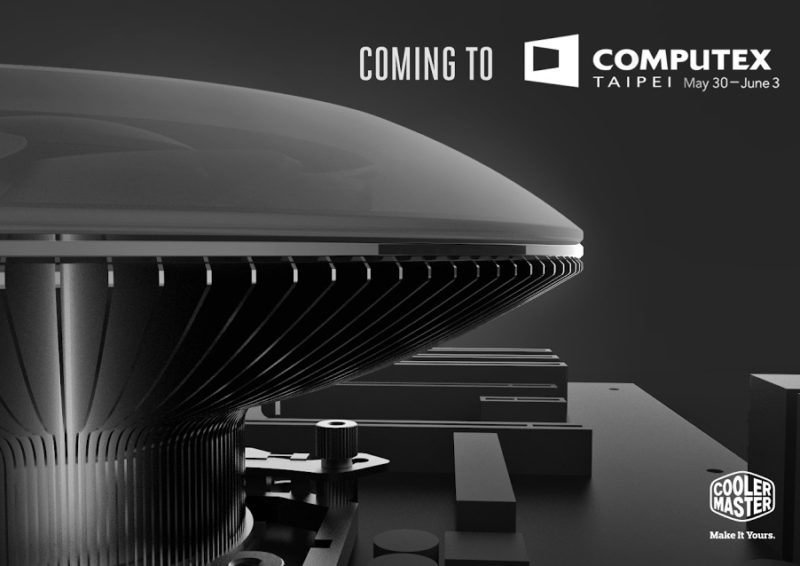 Computex is only ten days away and manufacturers such as Cooler Master have been releasing some teaser photos for their new products. Cooler Master posted three separate photos of what appear to be two new CPU coolers and one case on their social media accounts.

The first photo is obviously a downward blowing CPU cooler judging by the visible AM4 socket mount. It somewhat resembles a flattened lightbulb. The aluminum body has fins flowering up from base, while the entire top part is covered under a dome. Fan blades can be seen from this curved top cover. 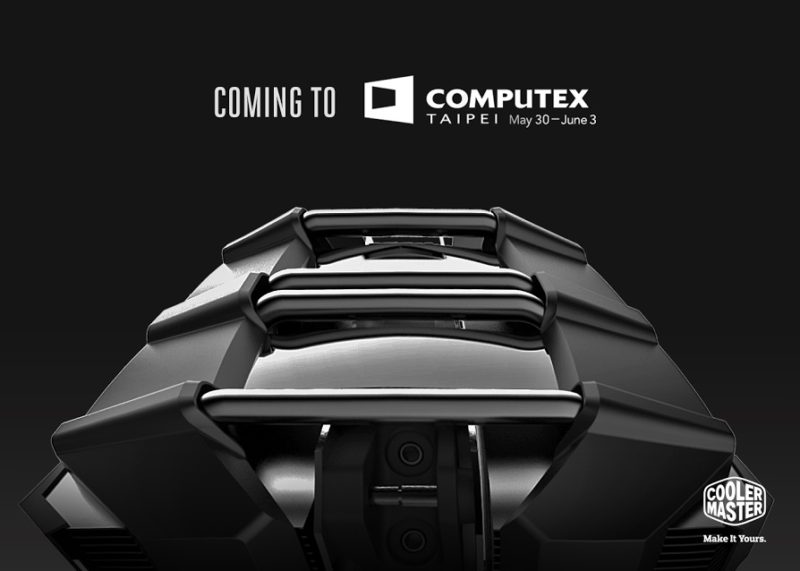 The next photo appears to be a new dual-tower CPU air cooler, similar to Cooler Master’s V10 or V8GTS. A fan is located at the center while aluminum fins are visible on both sides. The top part is enclosed. It is not clear if the tubes running across each fin is part of the heatpipe that runs across the bottom or merely just for decoration yet. 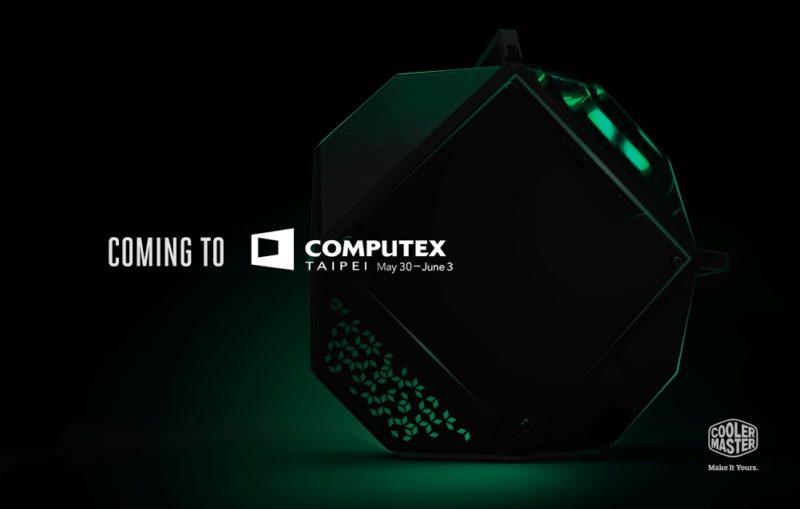 The third photo that Cooler Master teased for Computex appears to be some sort of chassis. The accompanying Facebook post reads: “How small is too small?”

The photo might be the front view of a diamond-shaped chassis. There is a bar running along the top, which could be a handle for portability. If Cooler Master is aiming for compact ITX then this chassis could either sport an SFX PSU or a smaller custom design. Cooler Master designs their own power supplies so this is highly possible. They also have no SFX PSUs yet so its release might coincide with this product.

We would just have to wait until Computex to see. Of course, eTeknix will be present to report first hand.