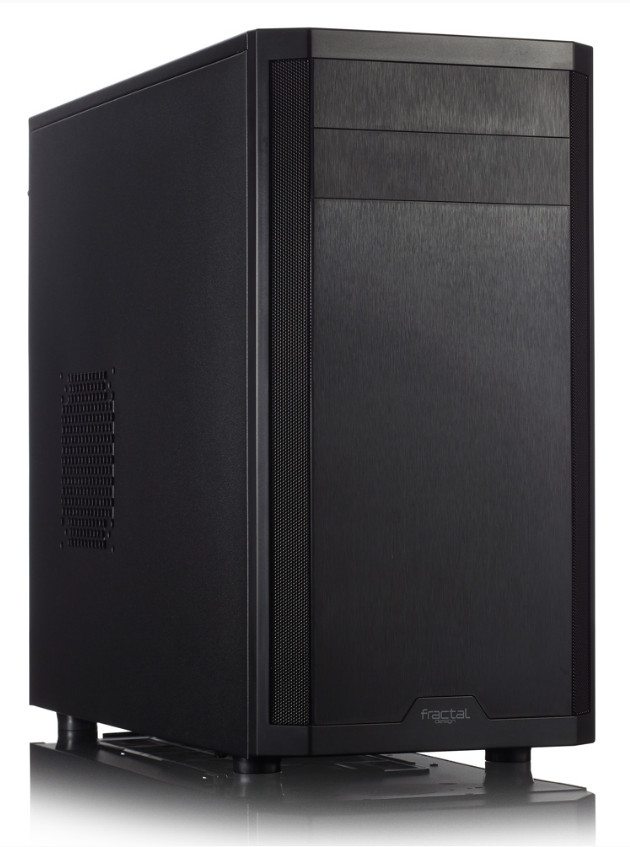 Fractal Design has introduced its new series of PC Cases, the Core X5, distinguishable by its intuitive and easy-to-access interior, while also providing a removable HDD cage and tray system, supporting up to four 3.5″ or 2.5″ disk drives.The PC case series is made up of four different models, the 3500 / 3500W / 25000 and 1500, each offering its unique support for different user conditions.

Taking a look at the 3500/3500W, it can be seen that the cases fit a wide body ATX Mid Tower specification, having also a Windowed side panel version which allows users to display their build. It comes with either two (for the 3500) or three (for the 3500W) 140mm fans, a built-in three-step fan controller and supports either two 249mm radiators or one 280mm radiator. In terms of disk space, the 3500/3500W version can fit up to four 3.5″ or 2.5″ hard drives, having the tray equipped with vibration dampening silicone grommets. For the more demanding, two additional SSD drives can be fitted behind the motherboard tray as well.

Moving on to the 2500 version, a clean and modern exterior design presents itself along with exceptional cooling and component compatibility features. The case model comes with two 120mm fans, a built-in fan controller and support for a 280mm and 240mm water cooling radiators. Up to four 3.5″ or 2.5″ hard drives can be mounted in two hard drive cages featuring vibration dampening and an additional SSD mounting can fit one SSD drive behind the power supply position.

Last but not least, the 1500 model features an extremely compact micro ATX Mini Tower design. It delivers a clean, modern exterior along with a high feature of compatibility and cooling. The model comes with two 120mm fans, a built-in fan three speed fan controller and support for two 240mm water cooling radiators. Up to four 3.5″ or 2.5″ hard drives can be fitted in trays as well in this series’ “little brother”, equipped with vibration dampening features, with an additional SSD tray placed behind the power supply position.

Thank you TechPowerUp for providing us with this information