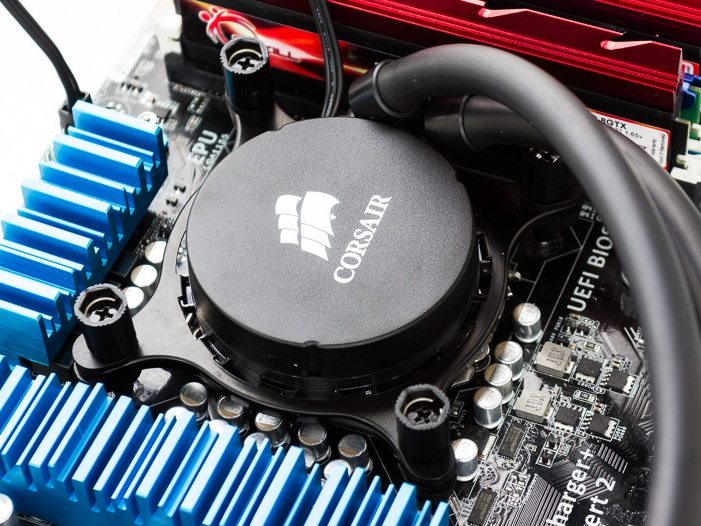 We’ve already taken a look at Corsair’s superb H100i Hydro series CPU cooler. You can read that review here. However, we are now going right to the other end of the Corsair Hydro series by taking a look at the new H55.

The Corsair Hydro series has been more or less entirely revamped in the past few months with new variants of all coolers that include either better tubing, better pumps, better fans or all of those improvements. The H55 is right at the lower end of the new Hydro series just above the H50 and H40 which are both very similar products. Put in simpler terms the H55 is an improved version of the Corsair H50 so will bring the benefits of all-in-one liquid coolers but without the size or price premium of the H80i and H100i. It also represents a maturation of the all-in-one liquid cooler concept that should give better performance with a smaller size compared to previous generation liquid coolers.

Corsair’s H55 features a 27mm-thick 120mm radiator, new and improved flexible rubber tubing, a single 120mm fan and an improved mounting system. Like most other Corsair Hydro Series products the Corsair H55 is manufactured by Asetek. More specifications are available here but now lets move onto to the review.