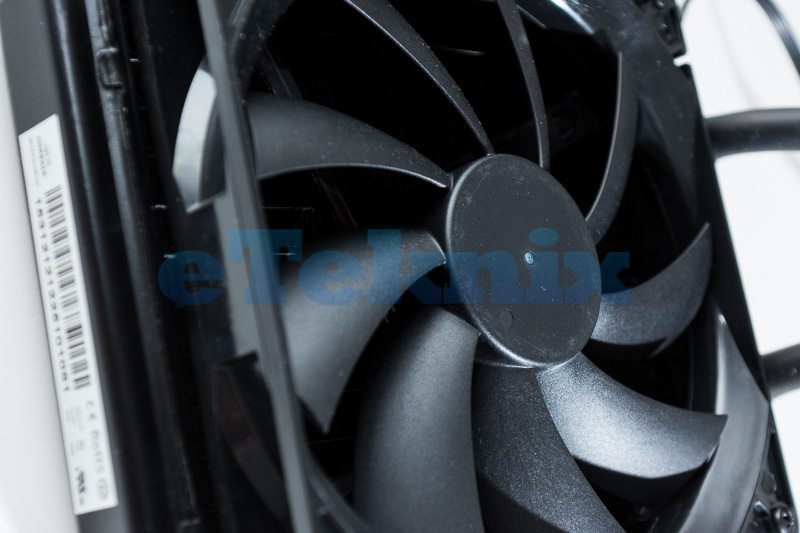 NZXT were the first to invite the step-up to 140mm fans as the standard for the AIO liquid cooling CPU cooler market. They did this using Asetek as their primary OEM supplier. A few weeks later and now Corsair follow suit hot-on-the-heels of NZXT with their equivalent(s) – also made by Asetek. As you might expect, the variations between these units are minimal, coming down to the fans, the logos and LED systems, or lack of. The 140mm radiator and 140mm fan SKU is known under the NZXT Kraken product line as the X40 while Corsair’s equivalent, which we are analysing today, is part of their Hydro Series and is called the H90.

Corsair’s naming of the unit to me comes as quite a strange surprise. The positioning as the “H90” means it falls between the H80i and the H100i. So naturally you would expect it to be priced in between the H80i and H100i and have a performance level in between too. However, the H90 costs the same, if not a little bit less, than the H80i and as I have seen from other people’s testing, it actually performs worse than the H80i. This begs the question why the H90? Why not the H75 or H65? Although, Corsair’s product development team have already made that decision, so I am sure there was a well founded reason behind choosing the H90 moniker.

If you are interested in checking out the specifications and case compatibility with Corsair cases, then you can see all that information below. So without any further ado, let us move onto the review. 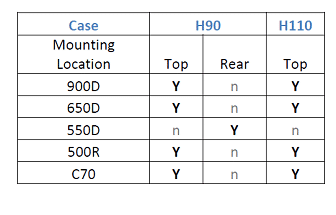 Corsair’s H90 comes packaged in a very simple box where you can see the core design of the product, the fact it uses a 140mm fan and its compatibility with Intel & AMD platforms.

On the back you get some extended information on processor and socket compatibility plus a graph giving you an idea of expected performance. 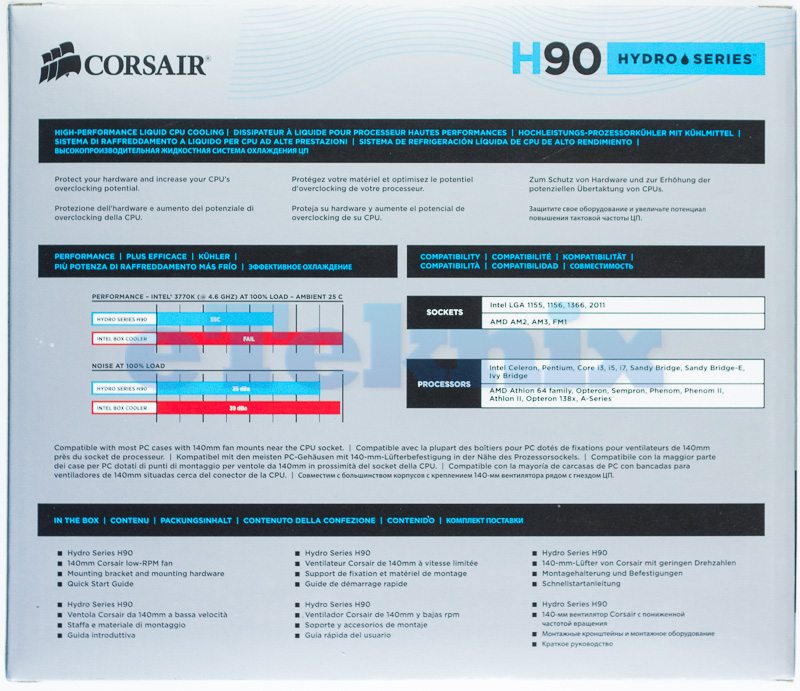