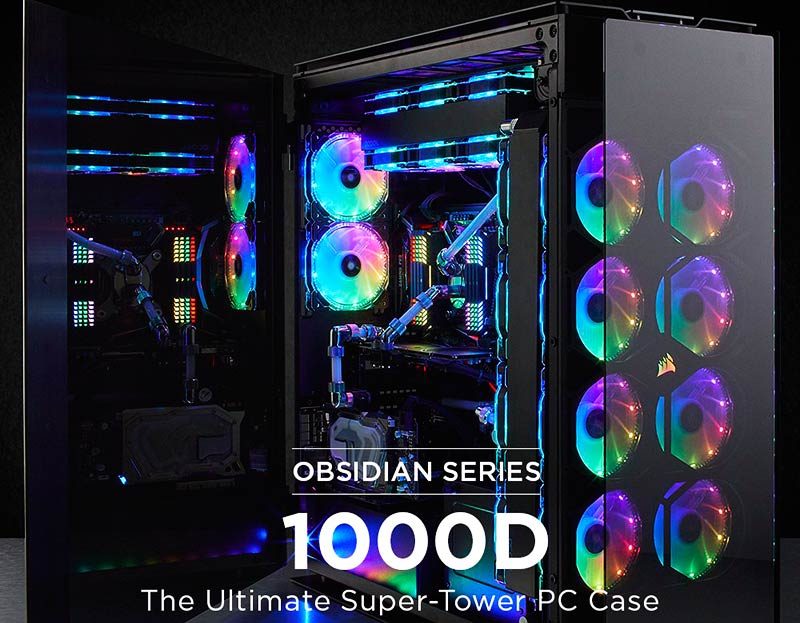 Corsair‘s massive Obsidian 1000D Super-tower case is finally here. Word of its arrival in retail stores first sprung up two months ago. However, it has been previewed at CES 2017 and Computex 2017 before that. The massive enclosure measures 693.42 x 307.34 x 695.96mm and weighs a staggering 29.5 kg.  Considering how much tempered glass it has, this is not surprising.

Since it caries the Obsidian name, the 1000D features the familiar clean lines and enthusiast-class features familiar to Corsair fans. Speaking of fans, this chassis has plenty of room for ventilation. The massive size also allows for massive radiators to be installed. This includes 480mm, 420mm, 360mm and 280mm units.

In terms of storage, up to six 2.5″ drives as well as five 3.5″ drives can fit inside. There are also eight PCIe expansion slots available. As for the maximum GPU length support, this could be as long as 400mm since the front is unobstructed by HDD cages. In case users want to go with the traditional air cooler route, the maximum heatsink height is 180mm. As for the PSU length, this super tower has room for up to 225mm long units. 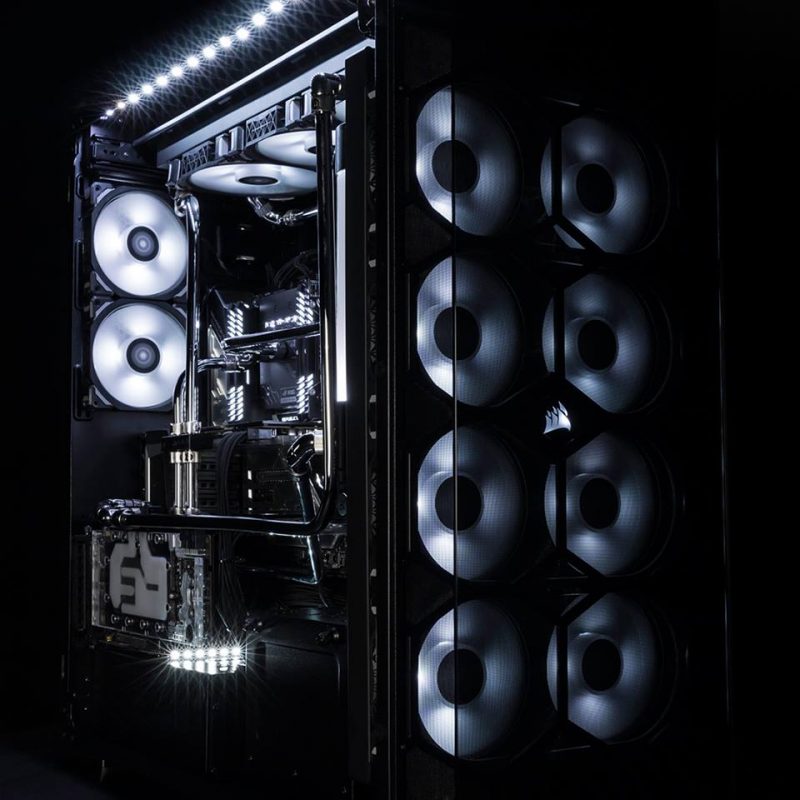 This case obviously makes way for extreme builds. In fact, 3XS has already built this impressive ultra high-end water-cooled system in it. This system houses an Intel Core i9 7980XE, 64GB DDR4 and NVIDIA Titan Xp video cards in SLI for £13,999.99 via Scan UK.

How Much is the Corsair Obsidian 1000D Super-Tower Case?