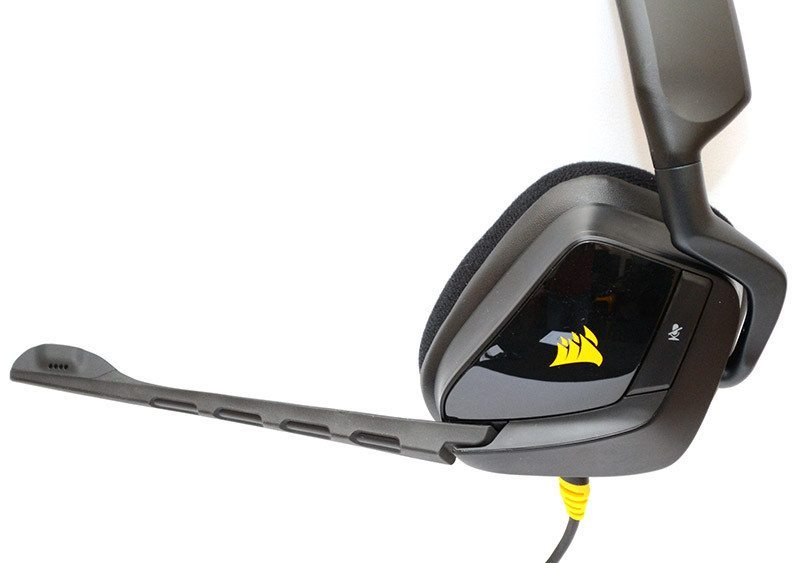 The Corsair VOID gaming headset range is here at last and while we’ve already taken a look at the flagship headset in this range, the Corsair Void Dolby 7.1 Wireless, today we’re taking a look at the other end of the spectrum, the Void Stereo 3.5mm. The Wireless absolutely blew me away, it’s by far one of the best headsets we’ve ever tested and the price was a real surprise, coming in at under £100. The wired stereo model is a fair bit cheaper though, coming in at around £60 from most major retailers, so it’s certainly going to appeal to a wider audience and the 3.5mm connector means it’s also going to be universally compatible with a huge range of audio devices, including mobile.

Corsair has put a lot of work into the design of the Void, which you can see in the video below.

In terms of specifications, the Void 2.0 doesn’t really offer a lot, but it does tick all the right boxes regardless. There are no crazy features here, but the basics are more than covered with powerful 50mm drivers, a 4-pole connector that’s perfect for mobile, although a Y-splitter is provided for desktop use, a noise-canceling microphone, and that’s about it really.

The packaging is nicely designed, keeping in theme with the rest of the Void range. There’s a large window on the box too, which is nice for people in retail, as you can get a look at the actual headset design. Down the bottom, you’ll notice a quick run-down of the major features, such as the 3.5mm 4-pole connector, Y-split cable and system compatibility; PS4, Xbox, Mobile, etc. 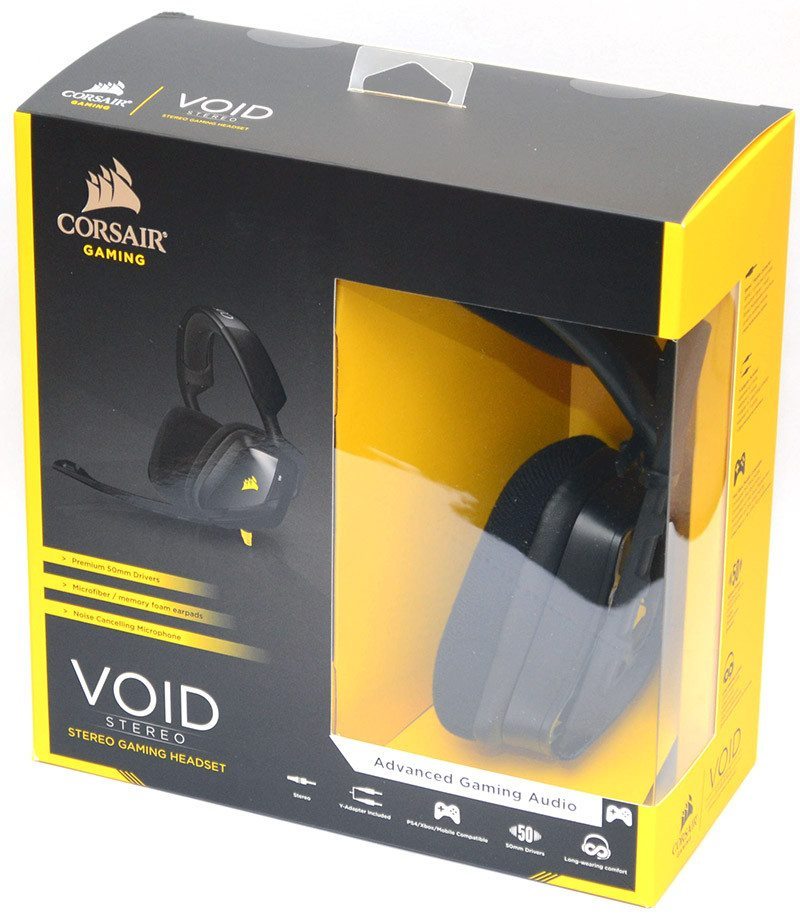 Around the back, a more in-depth run down of features, but we’ll take a much closer look at those ourselves in a moment. 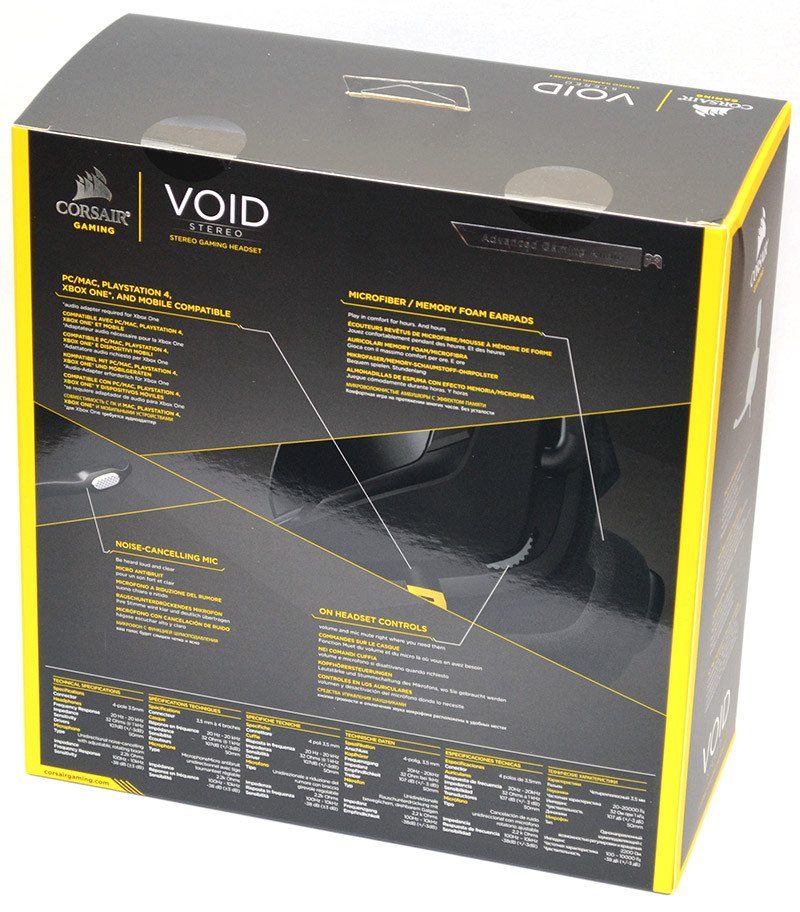 Everything you need is included in the box, such as the headset, obviously, as well as the appropriate documentation. 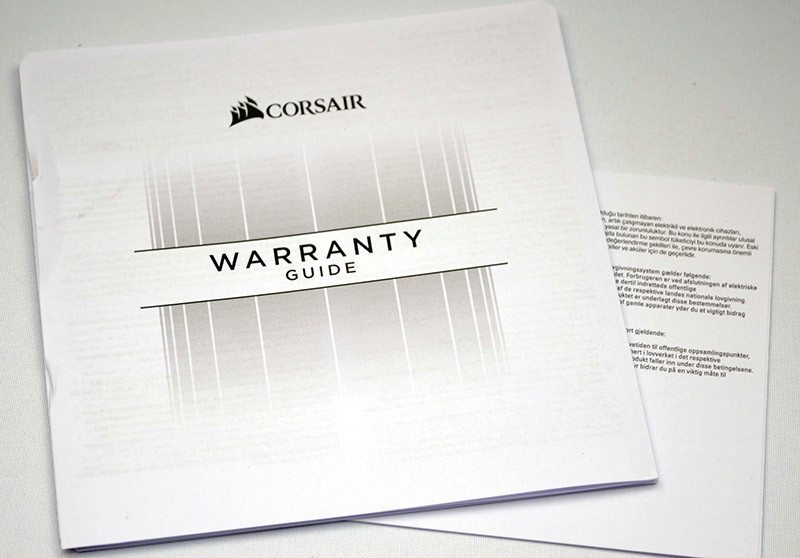 There’s a Y-split cable with takes the 3.5mm 4-pole connector and converts it to dual 3.5mm 3-pole, which you’ll need if you want to use the microphone on your desktop computer for gaming, Skype or similar tasks. 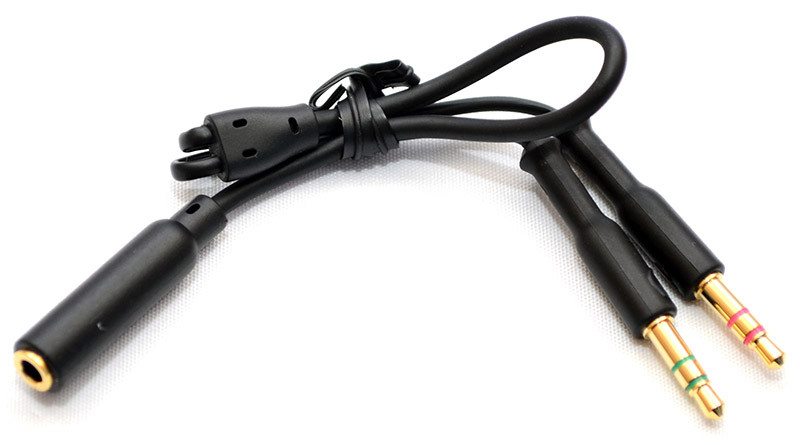