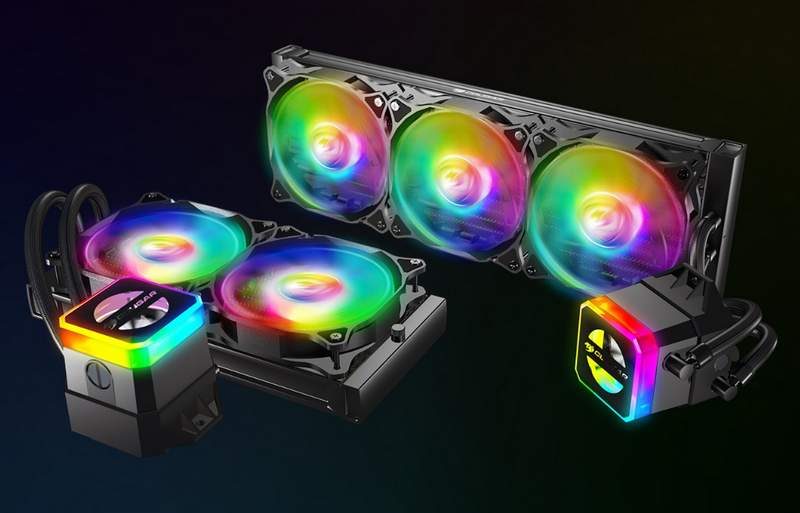 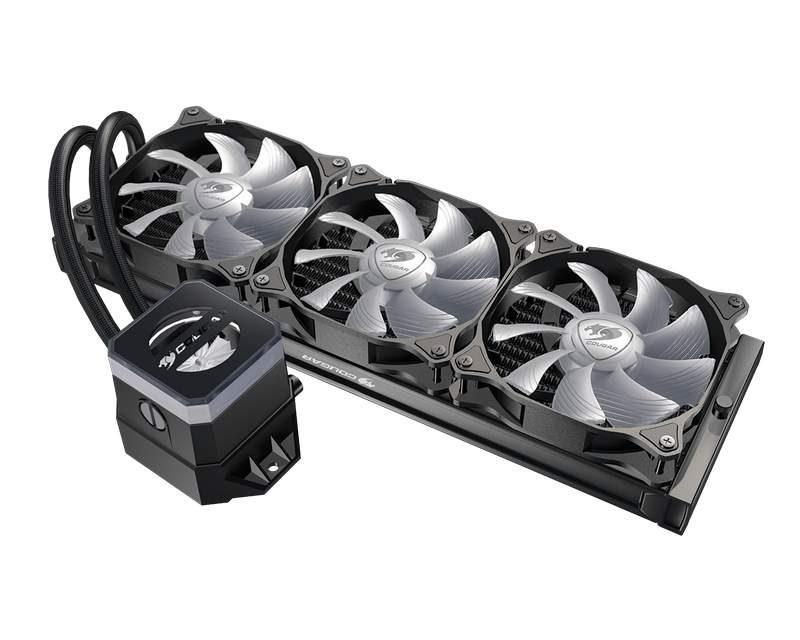 The series initially comes in two variants: the Helor 240 and Helor 360. The numbers of course, referring to the radiator size of each unit. Otherwise, both have identical water block pump designs with significant RGB LED lighting features.

The water block and pump unit measures 81.8 x 94.8 x 78.3mm and has a nickel plated copper cold plate. The pump itself operates up to 2700 RPM and has built in addressable RGB LEDs inside. Meanwhile, the radiators are made of aluminium and are 27mm thick. 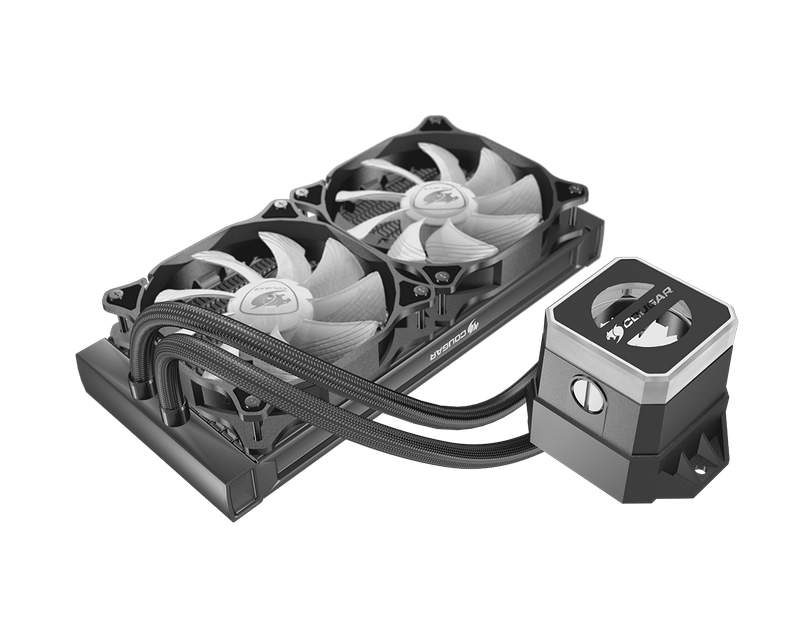 Both kits also come with Cougar’s own Vortex Omega 120 fans. These fans have hydro dynamic bearing and operate in PWM mode between 600 to 1800 RPM. In terms of performance, these are able to push 2.4mm-H2O of pressure and 78.4 CFM of airflow on full speed. Like the pump block unit, it also has addressable RGB LEDs inside. These AIO units also come with a Core Box V2 and remote control, so users can light them up even without a compatible motherboard with addressable LED headers. 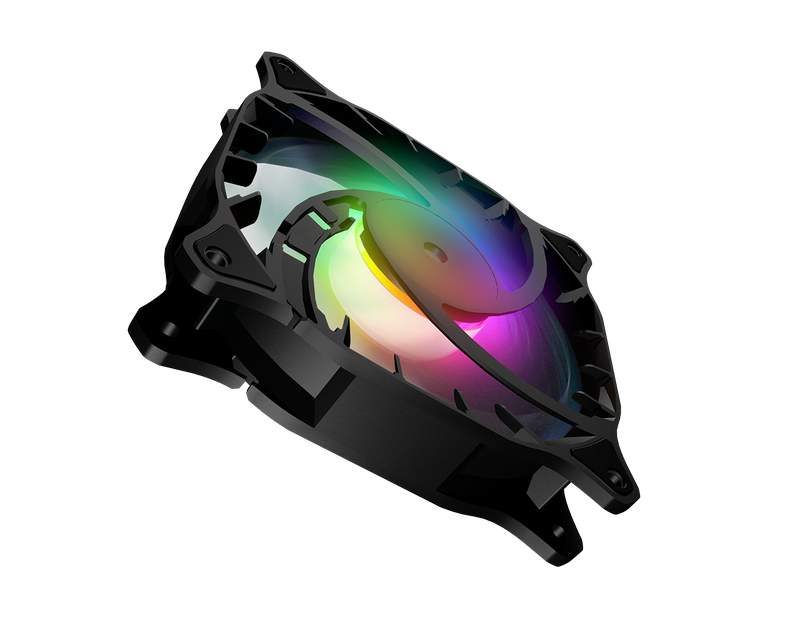 How Much are These Cougar Helor AIO Coolers?

Cougar did not disclose any pricing information at this time. However, both should be available in stores by December 2018.