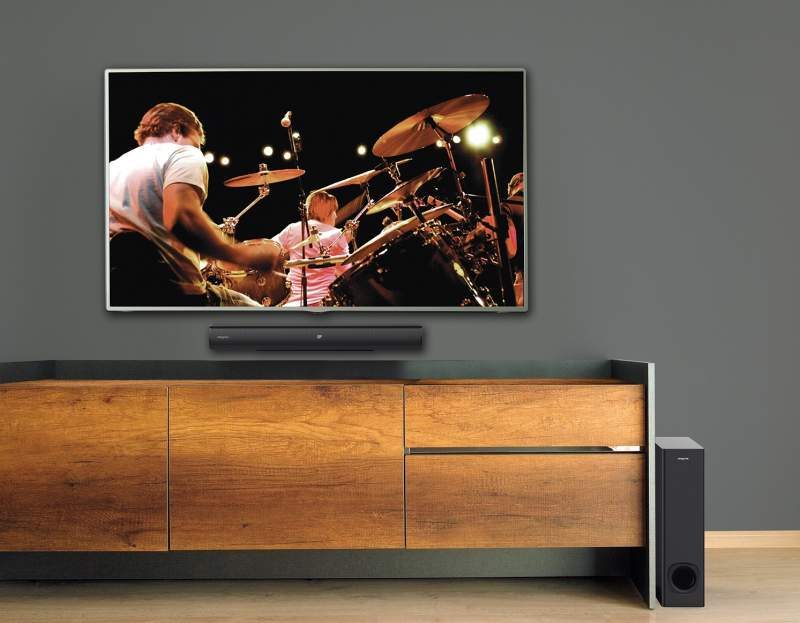 Creative labs is introducing their all-new Stage series of soundbars. The lineup initially includes two models: the Stage and the Stage Air. Both have wireless support via Bluetooth and have a USB port. This comes in handy for users who want to attach a drive full of songs that they can play directly through the speakers.

What Features Does the Creative Stage Soundbar Have? 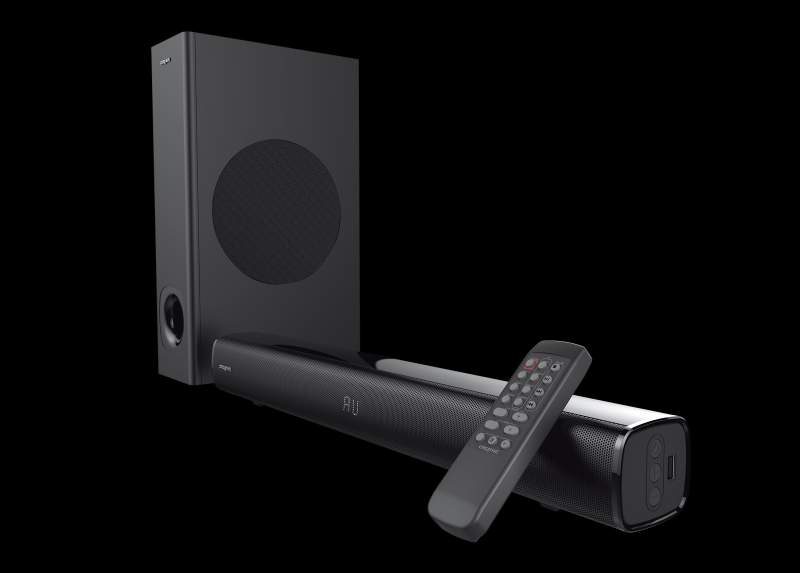 Users will be able to control it through a remote control for convenience. This allows direct access to playback options, volume adjustment, input selection, and various equalizer profiles.  Since it has a slim side-firing sub-woofer, the Stage easily fits on PC desktops or living room entertainment centers.

The soundbar connects to the display via optical-in and creative also includes a wall-mount accessory kit. 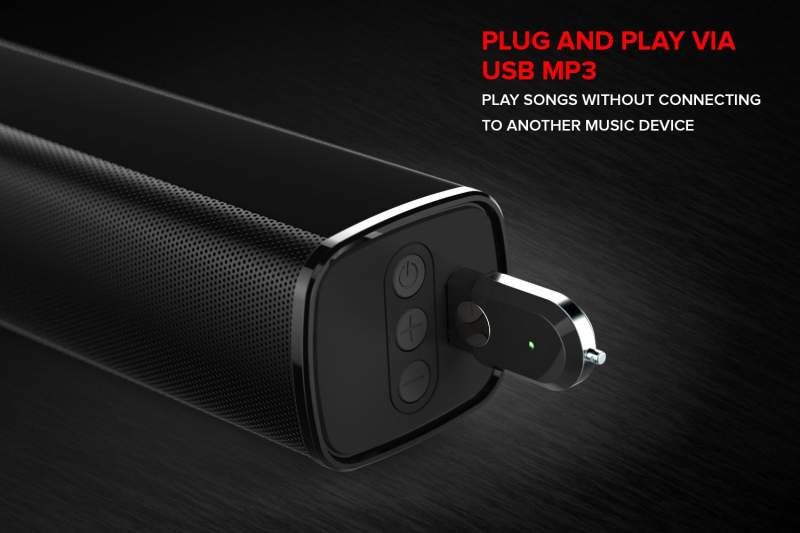 What Can Users Expect from the Creative Stage Air Have? 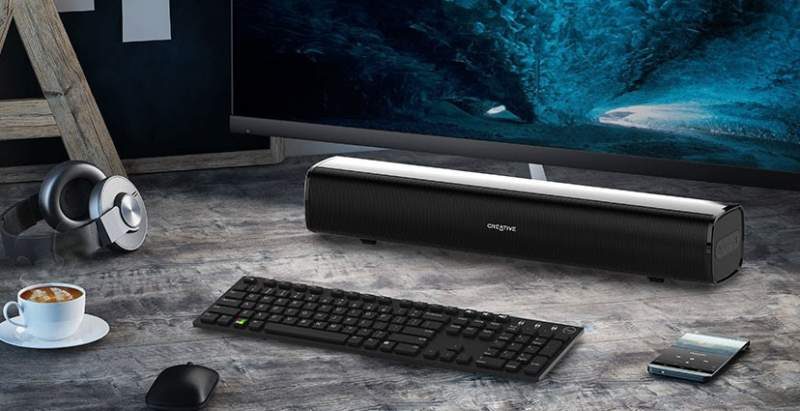 The Stage Air soundbar is a smaller variant measuring 410 x 78 x70 mm. While it does not come with a sub-woofer, it has custom-tuned full-range drivers with oversized passive bass radiator. Its smaller size also makes it perfect for desktop PCs.

Also, unlike the Stage soundbar, the Stage Air comes with a built-in lithium ion battery. This allows users to listen to their favorite audio source anywhere for up to six hours. It can otherwise be powered and charged with a micro-USB cable at the back. There is also an AUX port and the on-board controls are on the side of the unit. 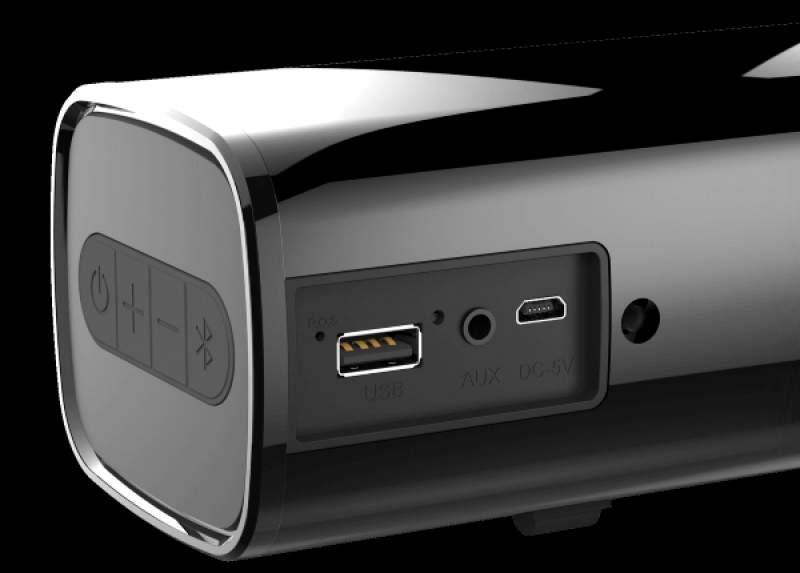 How Much are these Stage Series Soundbars? 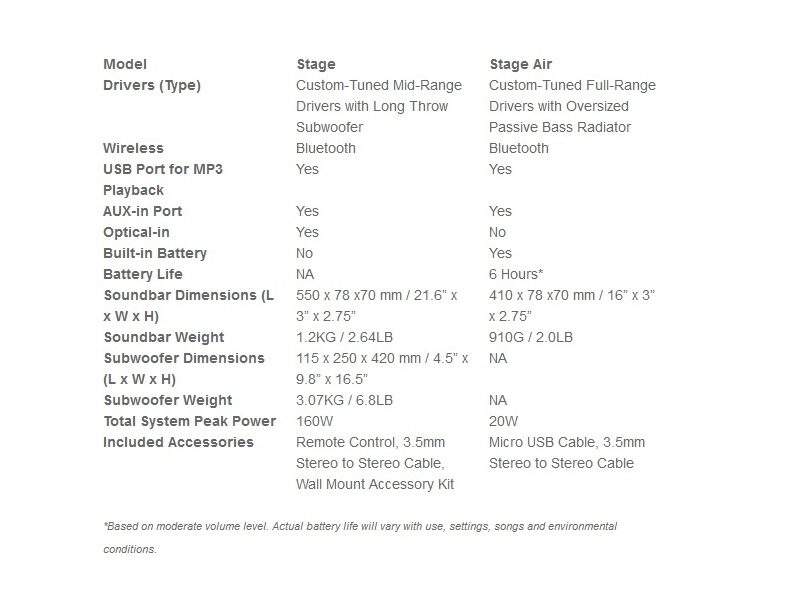