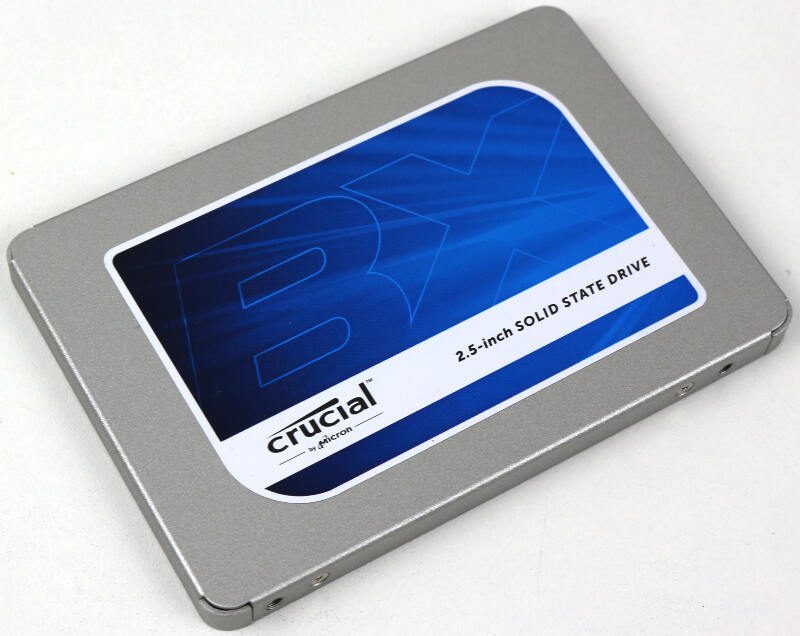 Crucial‘s latest offering for the budget minded user is the BX300 and it quite a nice drive. Where most budget-oriented drives need to sacrifice in the performance area, the BX300 keeps up with other enthusiast drives.

A Classic Form Factor for Compatibility

We’ve seen a lot of PCI-Express and M.2 form factor drives released, and they do run with most of the headlines. The BX300 keeps the classic 2.5-inch form factor which in return makes it compatible with almost any system.

The series is also designed for users who wish to replace their ageing and slow mechanical HDD with something faster. You ensure compatibility by keeping the same form factor while increasing the performance to the maximum capability of the SATA3 interface. 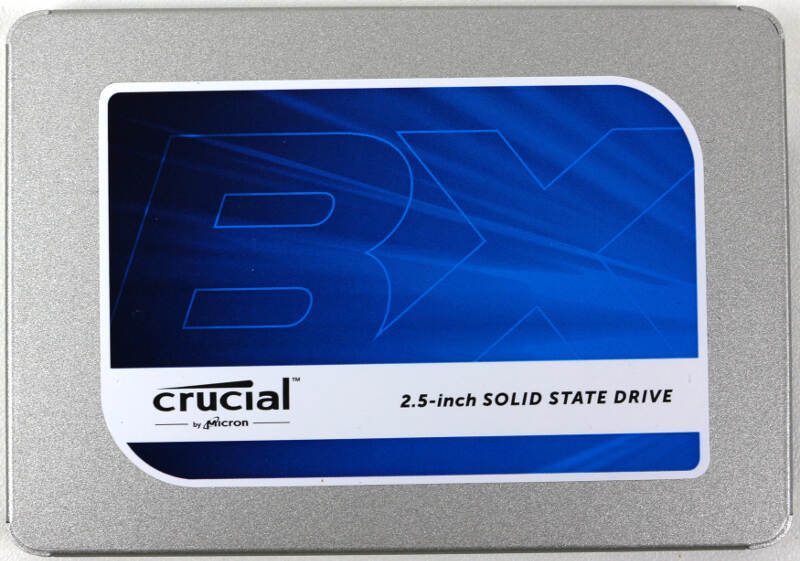 The capacity options are as classic as the form factor. Crucial released the BX300 series with 120GB, 240GB, and 480GB models. The 1TB model is missing a little bit, or you might at least have hoped for one. But there’s always the MX300 series and maybe Crucial will release bigger models later on. The largest of the three models, the 480GB, should still be plenty for most users. 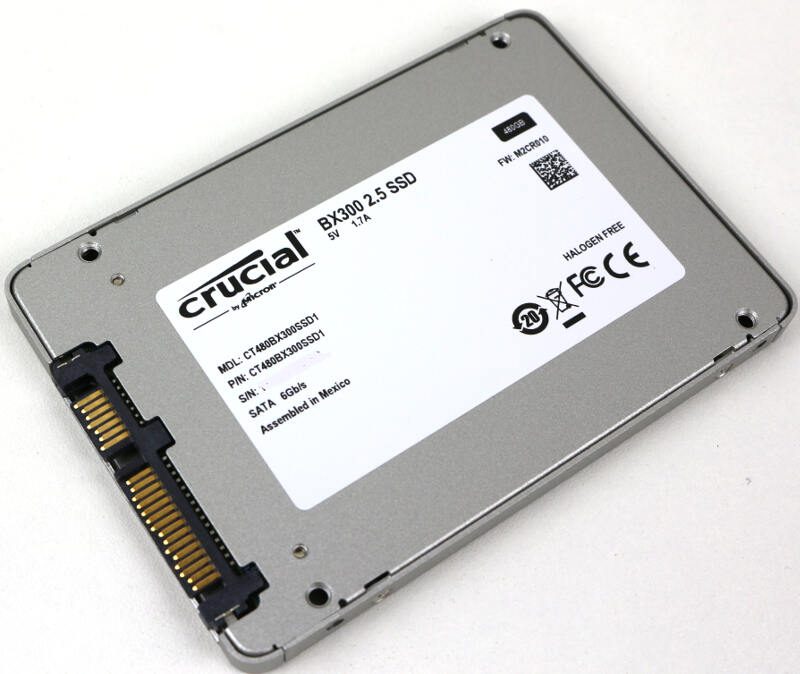 The choice of controller fell on Silicon Motion’s SM2258 controller. The SM2258 is a proven SSD controller by now and it comes with a great feature set. While it does support TLC NAND, the BX300 isn’t built with that. Instead, the BX300 uses Micron’s 3D MLC NAND.

The choice of MLC NAND is something that shows in the performance as well as the endurance of the drive. At the same time, the 3D stacking allows for higher capacities in the same real estate. 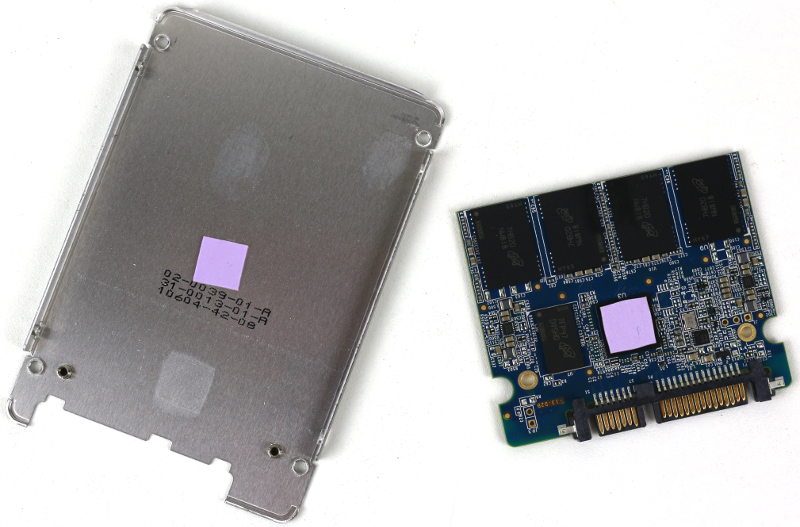 When you hear the word budget or entry-level, you think poor performance. At least, a lot of people do. But that isn’t the case for the Crucial BX300 drive. It delivers an excellent and enduring performance. The sequential performance is rated up to 555MB/s when reading and 510MB/s when writing. The real difference between the BX300 and other drives is seen when we look at the random performance. With 95K IOPS random read performance and 90K IOPS random write performance.

Endurance is a strength of the BX300, and it shows. We get a 1.5 million hours life expectancy for all models, but the Total Bytes Written rating variates by capacity. The smallest 120GB is rated for 55TB and the 240GB model is rated for 80TB TBW. That equals 30GB and 44GB data per day for a 5-year period. The 480GB model which I’m testing today has the best rating with 160TB TBW, or 88GB per day. 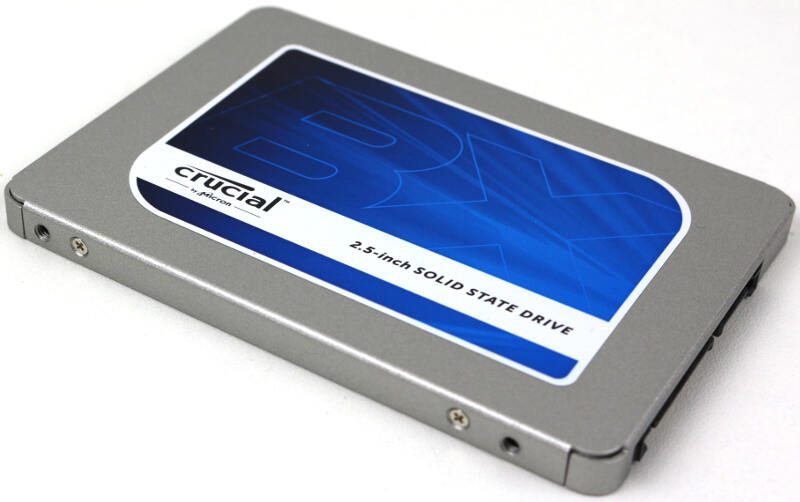 Basic features such as SMART and TRIM are naturally supported in the BX300, but also more advanced features such as Error Correction Code (ECC) and Multistrop Data Integrity Algorithm to keep your data safe while SLC cache helps with the write acceleration. The BX300 also comes with the Device Sleep ability (DEVSLP/DevSleep) which allows the drive to enter a deeper sleep state where it uses less power. DEVSLP is definitely a feature you’ll want if you install an SSD into a battery powered systems such as a laptop. 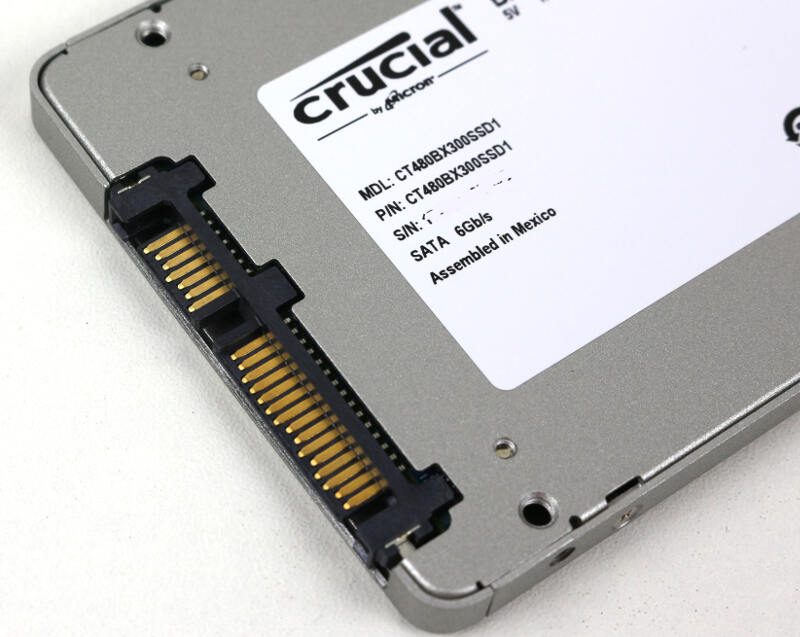 Crucial didn’t just focus on creating a great storage drive; they also wanted to make it as easy as possible for users to install the drive. For easy migration to your new BX300 SSD, Crucial included a copy of Acronis True Image HD software and created an easy step-by-step guide for the actual installation. True Image can clone your old drive onto your this new one while the guide, as the name says, will guide you through the process.

The BX300 comes in a classic Crucial box. The drive is pictured on the front along withe the name and included capacity version. 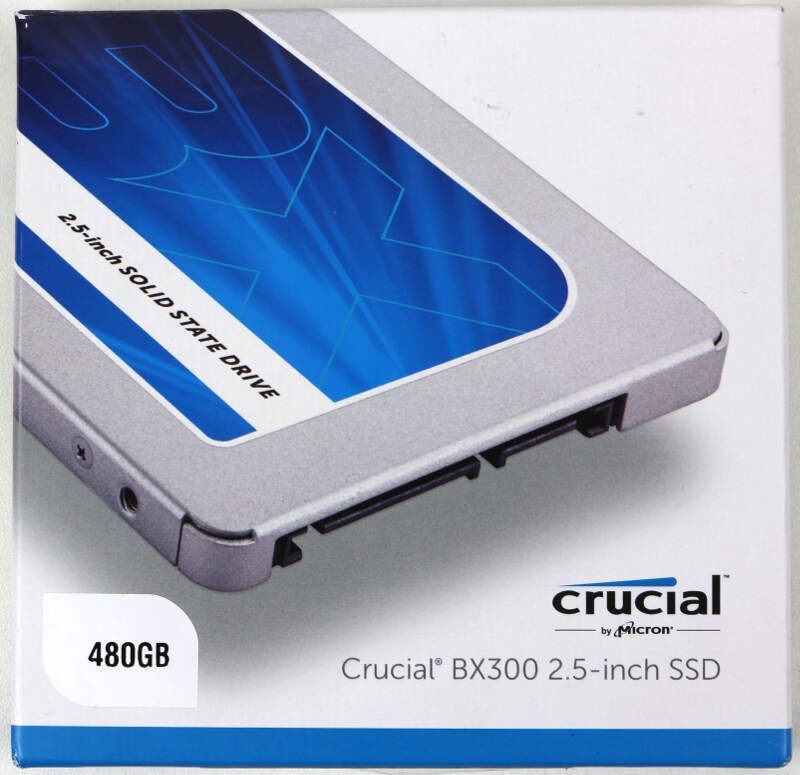 On the rear side are more details on the drive as well as a list of the included accessories. 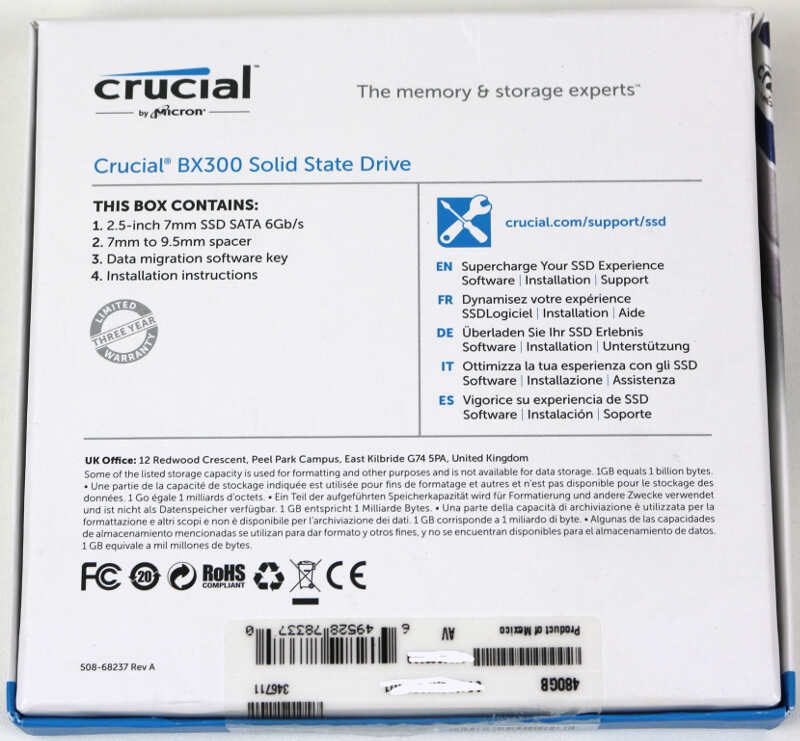 Inside the box, you’ll find a key for Acronis True Image HD and a How to Install note. The note has an URL that when opened, while guide you through the entire installation process.