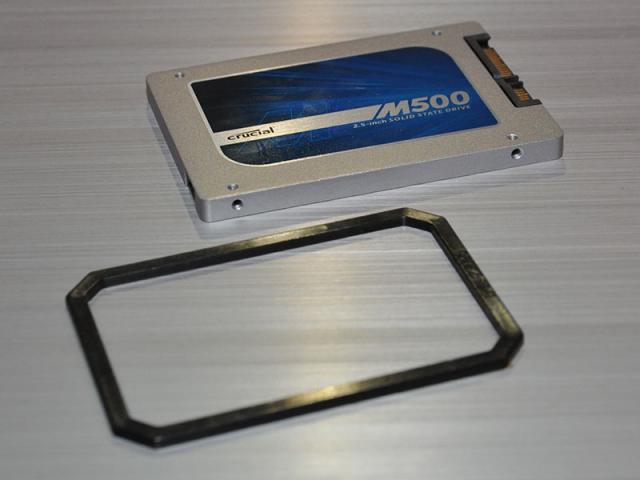 Crucial M500 960GB, a drive which was said that to be the first terabyte-class drive under $600 price mark and which was shown off in CES, but there was no word of its launch date. Recently, Tweaktown spotted the SSD in an Australian based online retail website Upgradable.com.au for AUD 875. As per what its said, since Australian retailers always charges higher in comparison to U.S. counterparts, we may see the drive to be priced for USD600- 650.

According to the specifications mentioned on the website, it uses Micron’s MLC flash NAND and Marvell 88S9187 controller with Micron’s own custom firmware. It didn’t point out if Crucial has M500 SSD drives with lesser capacities, so most likely these will sell with 960GB unformatted capacity.

What’s more is that the marketing material claims that this will give  near instantaneous boot times, powerful data transfer speeds, increased multi-tasting capability and rock-solid reliability. Crucial made the promise that M500 will give ‘dramatic’ performance gains at an affordable price. 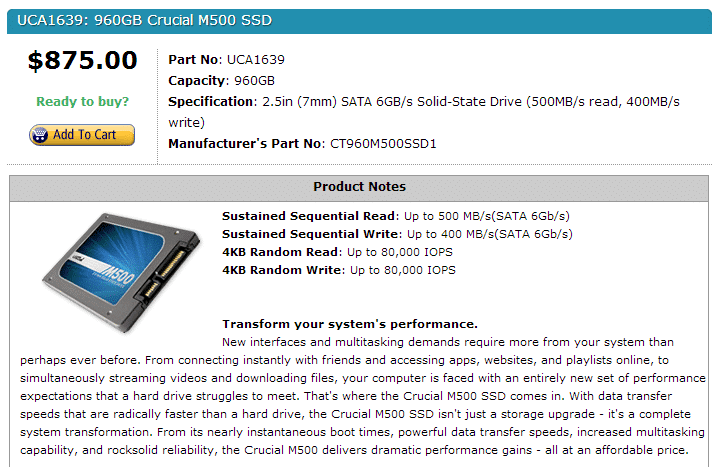 What’s even more interesting is the following claim made by Crucial:

Unlike other SSDs on the market, Crucial SSDs treat all files the same, regardless of whether they’re compressed or uncompressed. While many SSDs on the market achieve faster speeds by using file compression, many of the most common file types can’t be compressed, resulting in SSDs that often deliver slower speeds than advertised. This is important because the files most people use every day – videos, mp3s, advanced graphic files and zip files – are compressed files and thus unable to be compressed any further. With a Crucial SSD, the specs we advertise are the same specs you’ll see in the real world.

Whether the benchmarks and other testing show that the marketing claims are true or not is something we’ll know when its reviewed. As of now, its only put up in one online retail website.