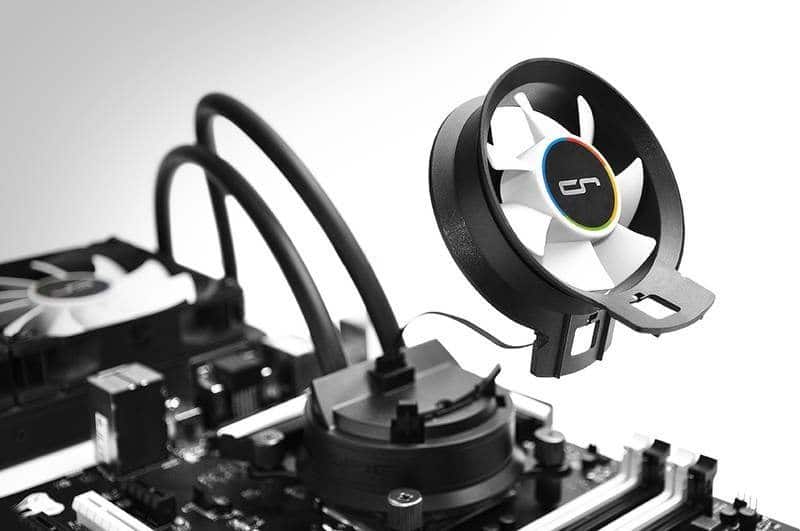 CRYORIG initially unveiled the A-series hybrid liquid coolers about five months ago and while some smiled a bit about the idea, it’s a solid concept. CRYRIG took a normal closed loop liquid cooling system and added a twist in the form of an angled fan directly mounted on the CPU block. 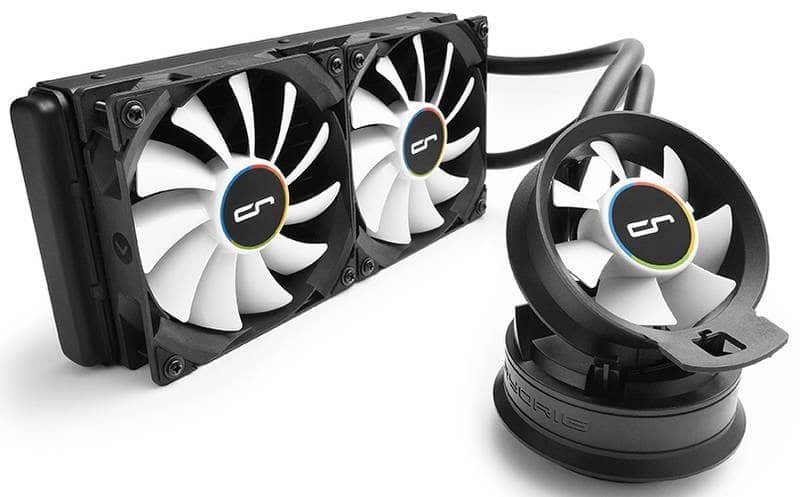 You can very easily get heat-stagnation around the CPU area when you use liquid cooling, as there simply isn’t much airflow going past the area as there would be with air coolers. This is also a problem well-known to people like me that use test benches instead of closed cases and something one has to be careful of: there simply isn’t any normal airflow going over the system and as such, VRMs and memory placed around the CPU area can get very hot. 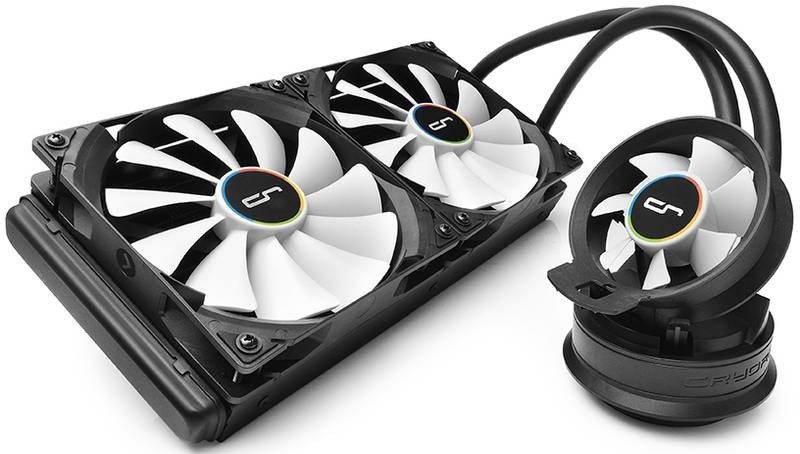 The CRYORIG A Series HLC is capable of lowering the temperatures of the components surrounding the CPU by up to 20%. This major drop in heat buildup effectively improves system stability, component lifespan and overall system temperatures. 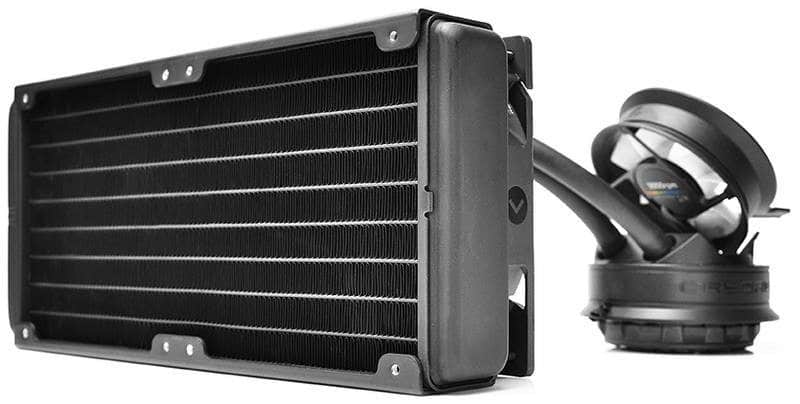 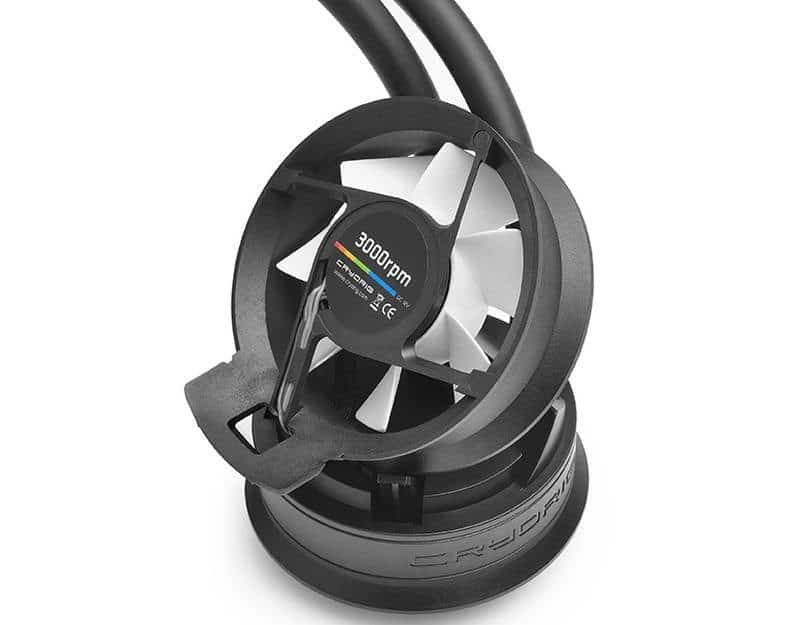