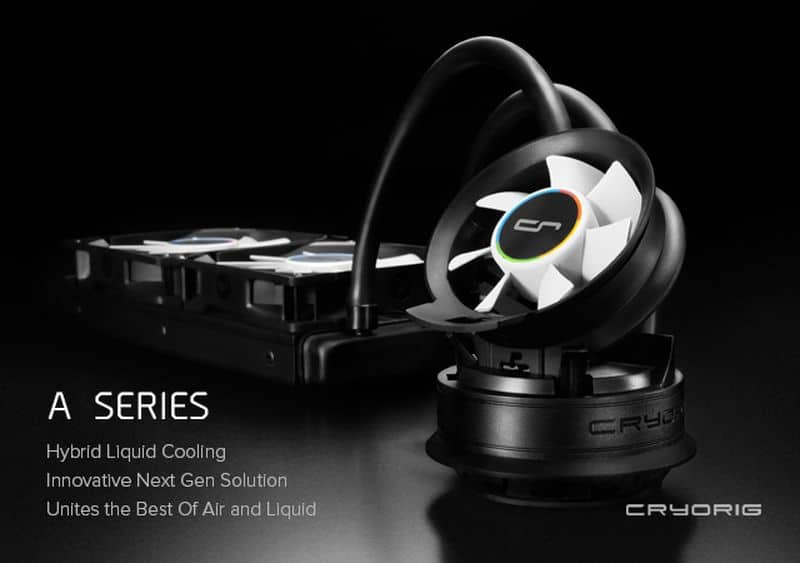 Not every product is made the same, even tho it might have the same purpose and general purpose as others. Cryorig’s new All-in-One CPU cooler is a great example on this and it’s actually quite the clever design.

Liquid cooling is great for the components that actually are cooled by the units, but it leaves out the parts next to it that otherwise would have benefited from the generated air-flow.

To combat this and start the circulation in your system, Cryorig added an extra circulation fan to the pump area, combining the best of the two worlds. 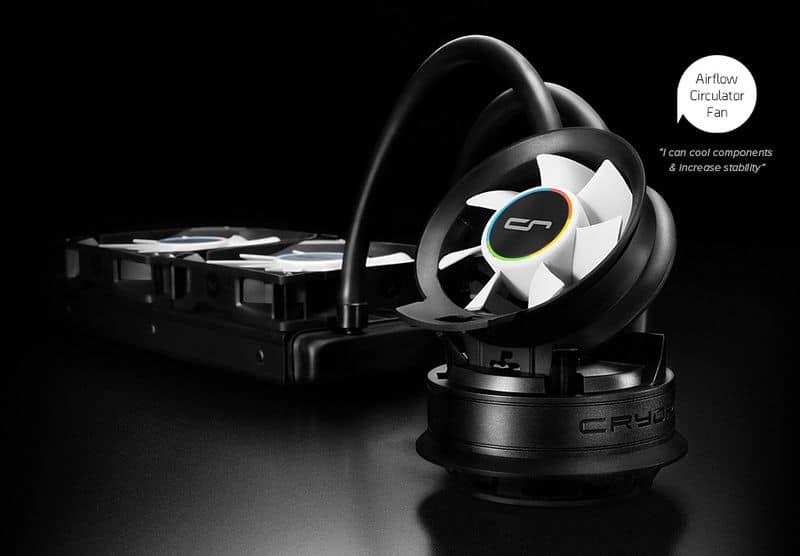 Heat imaging shows a drastic drop of over 10° Celsius in regions of the surrounding Voltage Regulator Modules, RAM and even the GPU card can benefit from added airflow from CRYORIG’s patent pending proprietary Airflow Circulator fan.

CYRORIG’s new A Series HLC units will be available sometime during the Summer.