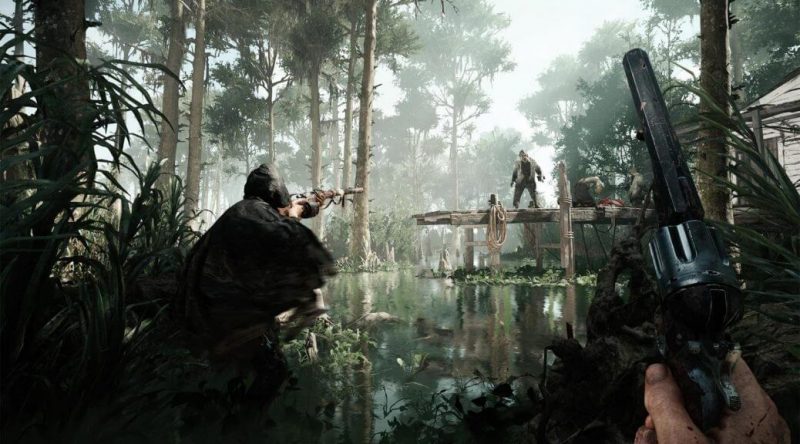 Crytek is currently developing this current title and is currently in early access on steam. But is said to go into closed Alpha this winter. People using PC’s will be able to play Hunt: Showdown during multiple closed Alpha testing phases during this winter period. This news comes one month after Crytek had announced that Hunt: Showdown will be coming to steam in early access. Sign-ups for closed alpha are still ongoing.

The producer of Hunt: Showdown “Fatih Özbayram” stated that:

“Closed Alpha will be our first chance to get player feedback, and we are really excited to see how they will interact with the game. After initial tests with a very limited amount of players we are planning to invite more and more testers with each phase. This is the first step in building a close relationship with our community and integrating their feedback into our development process, something we plan on continuing—and intensifying—during Early Access”

Hunt: Showdown blends PvP bounty hunting with plenty of PvE elements, which certainly sounds pretty epic and a nice twist on the genre. Hailing from the makers of the Crysis franchise, it can certainly borrow from their FPS knowledge and experience. Combining survival and match-based combat, you can expect action similar to that from The Hunger Games series.

With two teams of five going head to head against monstrous targets, the game is all about who completes the objective first. If you succeed, guess what? You’re now the high priority target for everyone else remaining. You’ve gotta play to win, then you’ve got to hold onto that victory. A bit like playing conkers then… sort of.

Would you play this game? Let us know in the comments below.