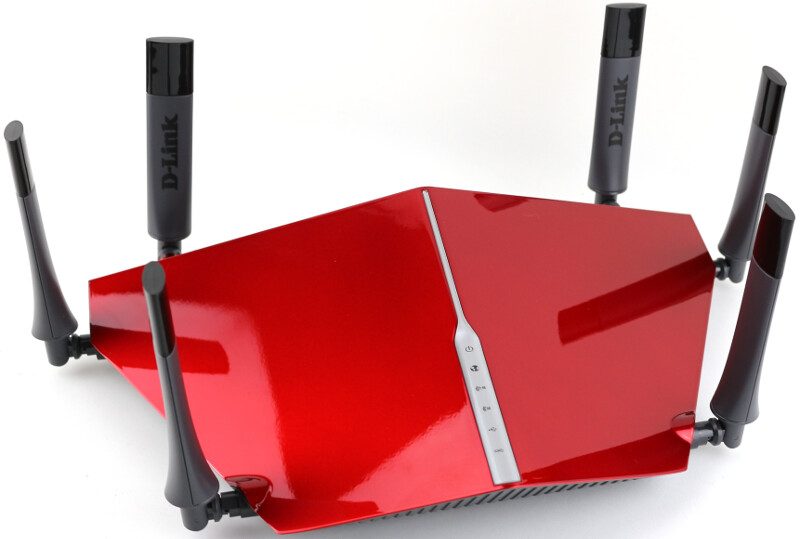 With more and more devices requiring an internet connection, the choice of which router to get becomes a more vital one. TVs, consoles, mobile phones, tablets, PCs, laptops, and IoT devices all require internet access and when they all need it at the same time, the network can get congested. That’s where D-Link’s DIR-890L AC3200 Ultra Wi-Fi Router comes into play as it has three bands and six antennas to distribute the load and achieve maximum coverage.

The DIR-890L has three separate wireless bands to distribute the workload and prevent a slower device from throttling the entire band for faster devices. It also has 6 external antennas for maximum range and coverage. There is one 2.4GHz wireless band which offers speeds up to 600Mbps and two separate 5GHz wireless bands delivering speeds up to 1,300Mbps each – and all three operate at the same time. That means more lag-free online gaming, 4k media streaming, and Facetime on more devices throughout your home. 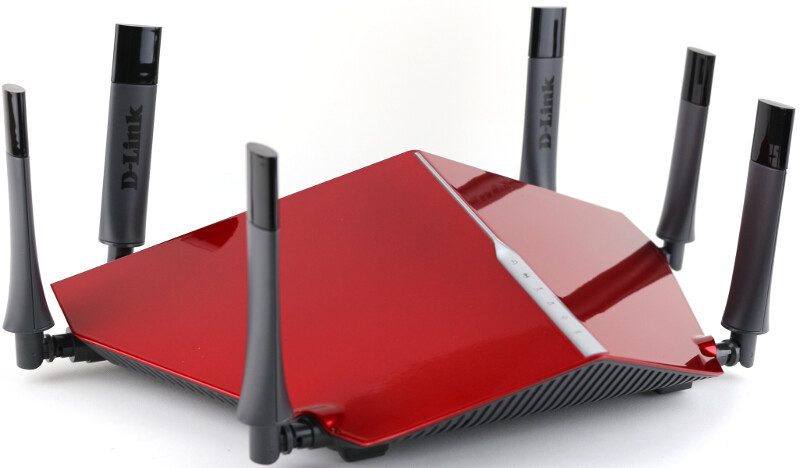 D-Link also added Advanced AC SmartBeam to the DIR-890L which means that the router tracks connected devices as they move through the home and directs the signal directly at the devices. Next to that, the Smarter Bandwidth uses intelligent traffic prioritizing which selects the fastest Wi-Fi for every device and prevents older devices from affecting an optimal performance.

The whole setup of your devices might get tricky with three separate networks, or so you would think. The Smart Connect technology removes any need from your side to know which network to connect to and which will give you the best performance. The router handles that and chooses from the three available Wi-Fi bands and automatically connects each device on your network to the best and clearest band available.

D-Link also packed a lot of customizable features into the DIR-890L, such as an advanced Quality of Service system that allows you to prioritize connected clients with a simple drag-and-drop method. Parents can control their children’s activity with scheduling, blocking unwanted devices and sites, and monitor the internet activity. Guests Wi-Fi is also available, allowing you to offer internet access to guests without having to share your main wireless password with them and at the same time prevent them from accessing anything other than the internet through it.

The graphic user interface is very user-friendly and you’ll get around and do what you came for quickly. Advanced users might not like the simple approach, but they have a completely different option. They can install DD-WRT on it and gain access to everything. 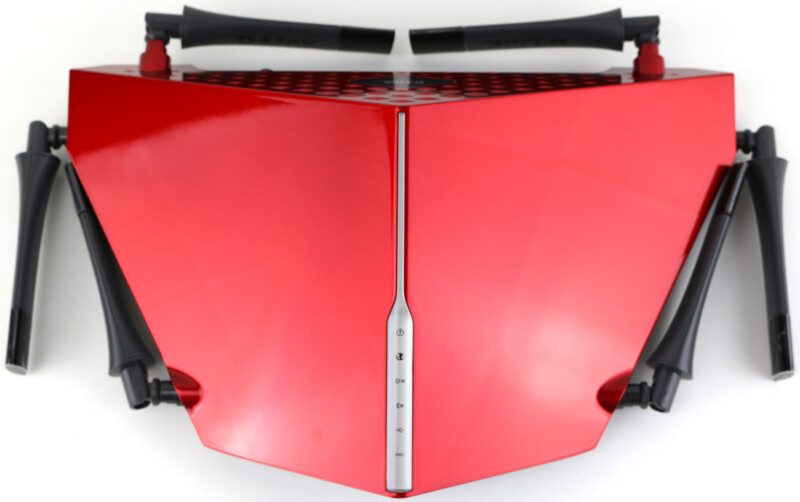 All those software features also need a solid base to run on and they do so in the DIR-890L as it is built around an 1 GHz dual-core processor. Externally it has two USB ports where one of them is a USB 3.0 port for fast portable storage connections and the other is a USB 2.0 port which could be used for dongles, printers, and other devices that don’t require above 480 Mbps transfer speeds. There are four Gigabit Ethernet RJ45 ports for wired connections on top of all the wireless bands and the WAN port is also a Gigabit Ethernet port which makes the router ready for those post-100Mbps internet connections.

The USB ports especially come in handy with the built-in DLNA media server and the mydlink SharePort with web access. D-Link also has mobile apps available such as mydlink lite, mydlink Shareport, and QRS Mobile, allowing you to take the control with you on the go. Connecting to the DIR-890L from a remote location is also as easy as pie thanks to the mydlink feature. 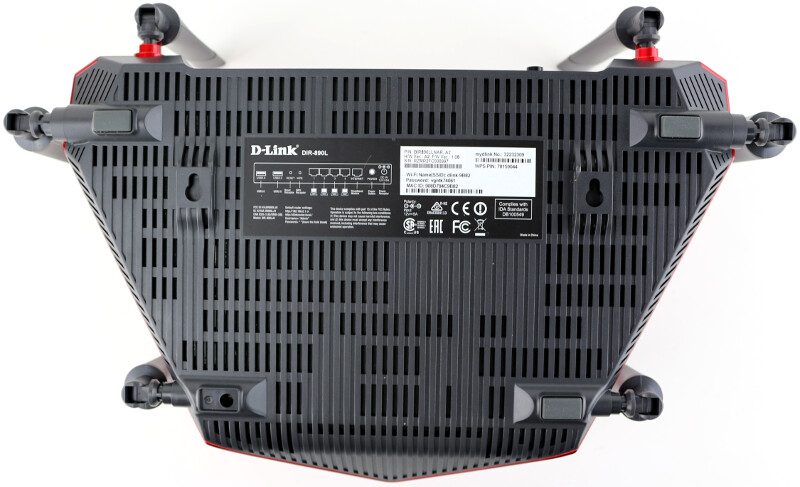 What’s more to say about the D-Link DIR-890L? Well, it features a dual-active firewall with NAT and SPI, it supports VPN pass-through (PPTP, L2TP, and IPsec) and features Quick VPN (L2TP over IPsec), and is energy conserving thanks to the Green Ethernet feature where unused ports are shut down and idle ones limited.

The DIR-890L would also be a great companion for Nvidia Shield owners. The Shield was the first 4K Android TV Console and that kind of performance also requires a proper connection. The DIR-890L can handle that and it is a certified Nvidia GameStream-Ready product.

A premium device also requires a premium package, or at least it is fitting. The D-Link DIR-890L Ultra Wi-Fi Router comes in a quite huge two-piece box with full coloured prints all around. 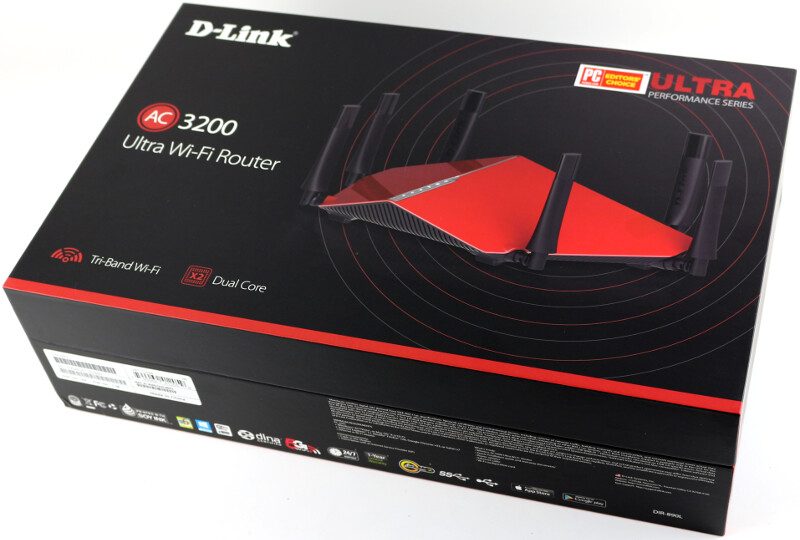 The front shows how the router looks and it’s main features. 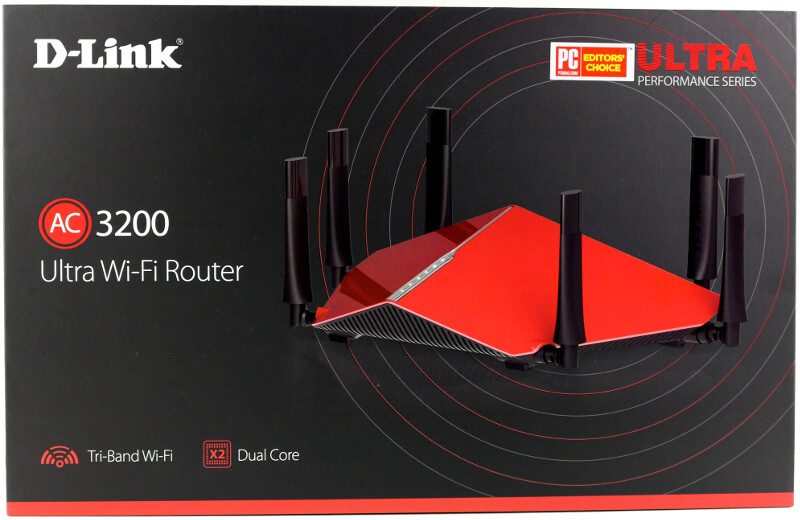 The rear has more details on the available ports and features.

Opening up the box, we see that the router is packed just as well inside as the box looks from the outside. The two black boxes to the sides contain all the accessories while we see the router itself safely packed in foam.

Taking everything out of the box, we see that the router is well protected from scratches with a film on both the top of the router itself as well as around the antenna tips. 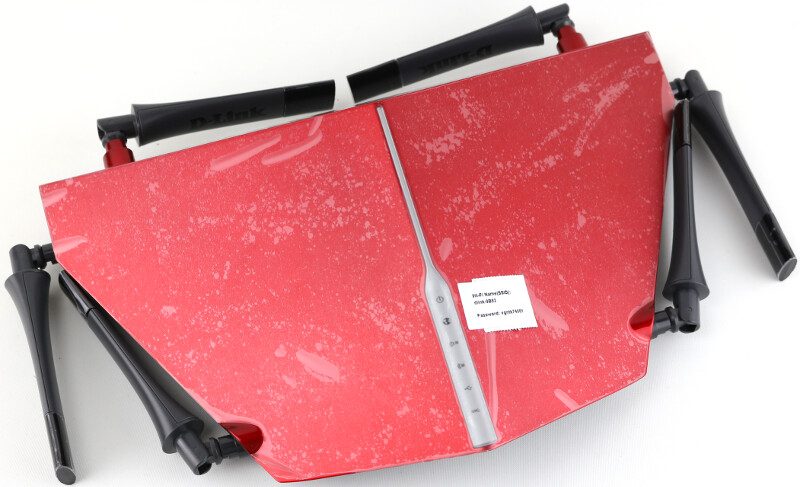 There’s also a quick installation guide that will help you set the router up via your smartphone or computer as well as a configuration card where you can enter the details that you set once you install it. 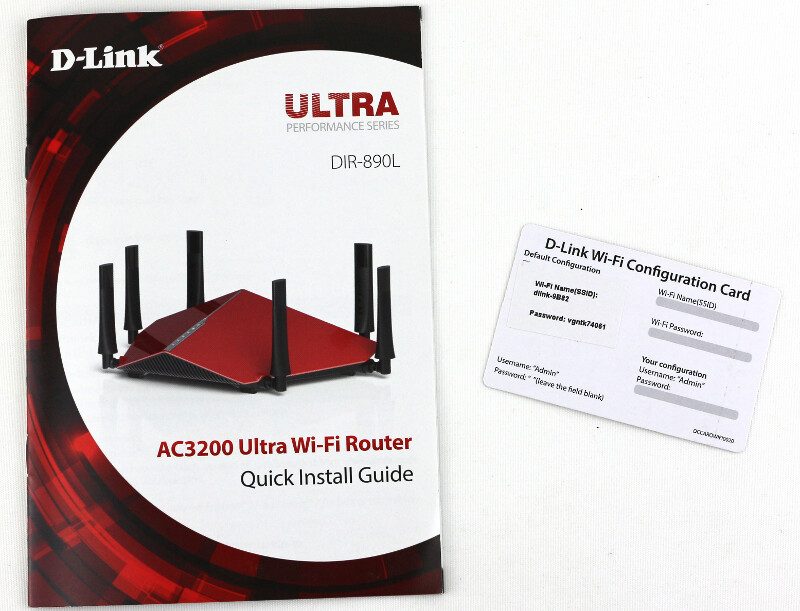 Naturally, you also get a power supply and a cable that fits the region where you purchased the router. There’s also a flat-cable RJ45 LAN cable and two screw sets for wall-mounting the router. 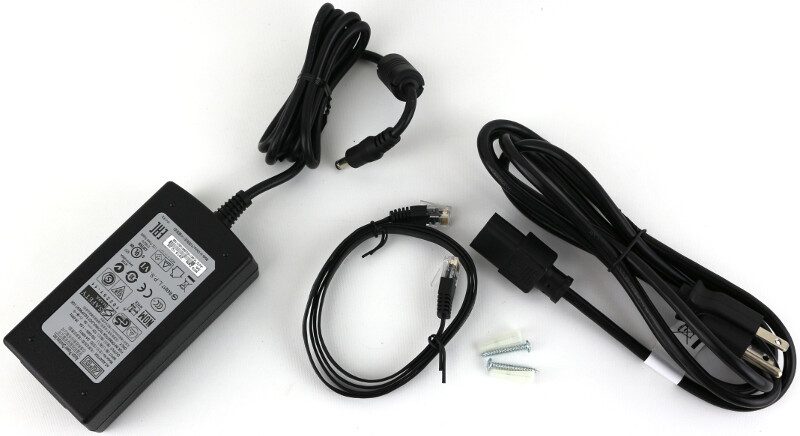