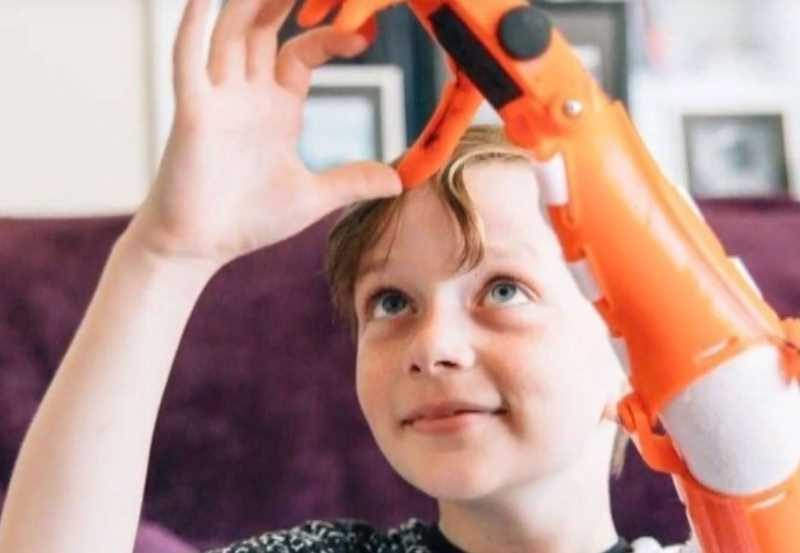 As you might imagine, there is quite a significant waiting list to receive a bionic prosthetic limb. They are, after all, rather tricky to make and, in the nicest way possible, the demand is outstripping the supply. A father in the UK, however, when told his son had an 18-month wait, decided to take it upon himself to see if he could speed the process up.

In a report via SkyNews, he has successfully managed to do this and only using a 3D printer.

Using various 3D print design schematics online, Callum Miller purchased a 3D printer and set about creating an arm for his son. Following various YouTube and online tutorials, he successfully created over 9 different designs for his son which, amazingly, all work remarkably well.

In the report, he said: “It works on myo sensors, which are little sensors which sit on Jamie’s muscle on his arm and we plug them into the laptop at the moment but it has a little board that takes the programme. When Jamie moves his arm the fingers open and close. At the moment it’s quite mechanical. The idea of this [new] one is that it’ll be Jamie’s muscles and technically him trying to move his fingers so it will sort of be a semi-bionic arm on its own.”

Not wishing to detract from the achievement, it’s unclear if the design is as good as the bionic arm his son will eventually receive. It has, however, if nothing else, provided an excellent short-term solution. In addition, it also gave him the opportunity to do something that the NHS will not. Specifically, allowing him and his son to collaborate over 9 separate designs. Designs which include Batman themes and even LED lighting.

With this being revealed though, I wonder how many other people will try this themselves?