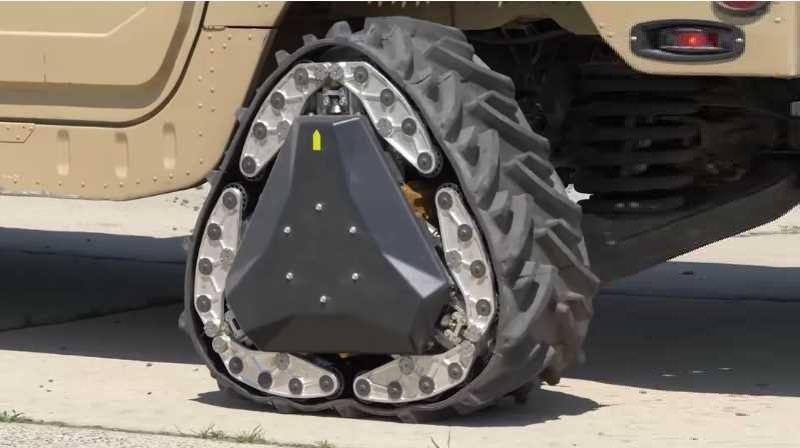 DARPA stands for the Defense Advanced Research Projects Agency. I say this initially because I’m pretty certain that many of you who played Metal Gear Solid will certainly know the name, but perhaps not what it stood for. Before you ask, the DARPA chief is alive and well and to the best of my understanding has no knowledge of Metal Gear.

They have, however, been working hard at reinventing the wheel and as crazy as it sounds, they just might have pulled it off.

Tyre To Track In 2 Seconds

DARPA has released a video (which you can watch in full below) which shows a new wheel they have developed. The wheel can specifically go from a standard circular type to a tank like tread. In addition, it can do all of this in around 2 seconds thanks to some very clever engineering and design.

While this might look nice, you might be wondering what this can achieve. Well, the potential for this technology in all-terrain vehicles is particularly interesting. Of course, this has been initially designed with the army in mind, but don’t forget that today’s new car innovations are yesterdays military. GPS, for example, was initially a military based system, now we all use it on a practically daily basis.

The Concept Of the Design

It is believed that such a wheel design could provide significant advantages in difficult terrain. With each wheels being able to adapt to what it considers the optimum traction point, this could see nearly any area open to a standard vehicle. Nissan is already believed to be working on several similar designs. Therefore, you shouldn’t be too surprised if you see a QashQui tank rolling down the street in the coming years.