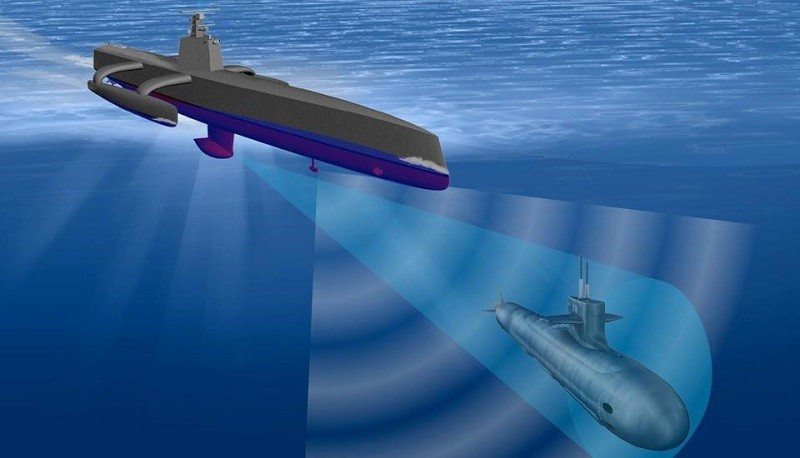 It won’t be too long now before DARPA will officially unveil its brand new autonomous robot ship, at least according to the agency’s director, Arati Prabhakar. During a recent media event, she revealed that DARPA’s Anti-Submarine Warfare Continuous Trail Unmanned Vessel will be christened in April. This is actually the very same vessel that submarine-hunting drone defense contractor Leidos started building back in 2014. Boasting a weight of 140 tons and a length of 132 feet, the vehicle will be completely autonomous, and it will navigate using a series of sonar buoys that will be deployed by the US Navy.

Once deployed, the “drone” will lock on to stealthy diesel-electric submarines using long and short-range sonar, and it will follow them around in order to report on their routes and activities. However, apart from being used for tracking, the vessel can also go on reconnaissance missions or supply delivery missions to other ships, not to mention the fact that it can actually counter undersea mines. The ACTUV will be unveiled in Portland, Oregon, and its creators will show off its full capabilities over the next 18 months. Arati Prabhakar also said something about a plan to launch 100 satellites in 10 days in 2017 using a reusable aircraft, so we have that to look forward to as well.