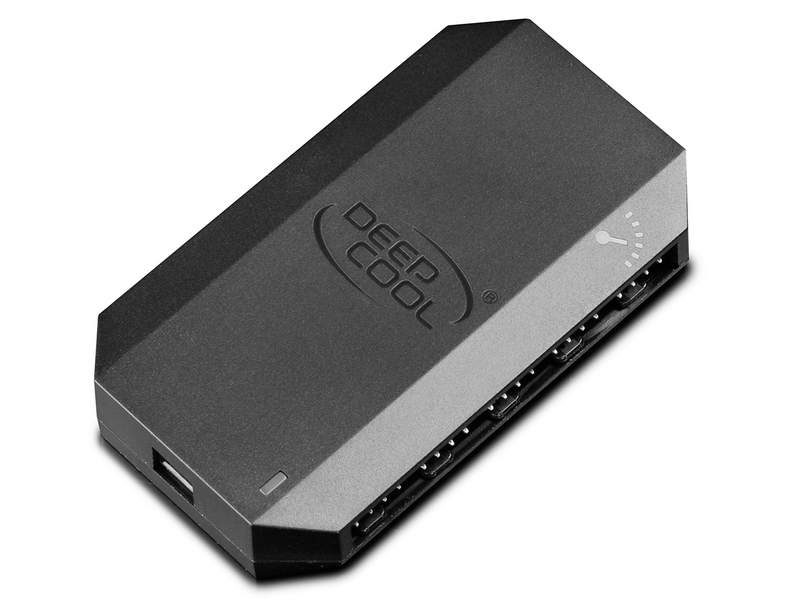 Deepcool has a new fan hub to compliment their cooling product line called the FH-10. It is a compact, case-mountable 10-port fan hub, allowing users to neatly organize up to ten fans on a single connector. Unlike some fan hubs with exposed PCB, the Deepcool FH-10 is a self-contained product with an enclosure. The result is an elegant looking device, that will look good even if you have dual-tempered glass side panels. It weighs 40g and measures 80 x 46 x 15mm, so it is slim enough that closing the panel is not going to be an issue. 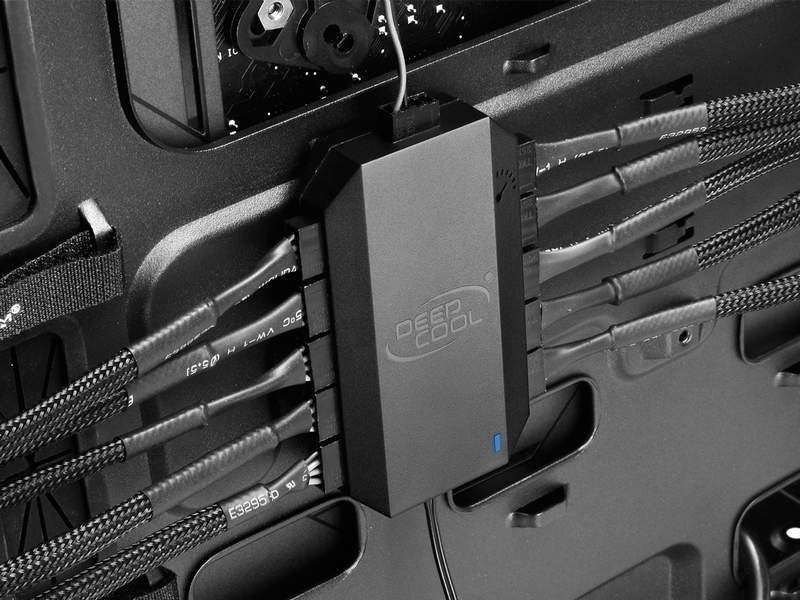 One end of the connector is for the SATA power connector. While the other end is for the header for the CPU header. The use of SATA is much better than typical MOLEX since it is easier to plug, and most modern power supplies support it better. Each port supports a 4-pin or 3-pin fan and there is even an LED indicator notifying users if the power cable is not connected properly. One port can serve the PWM function, controlling the rest of the speeds of all the other fans plugged-in. 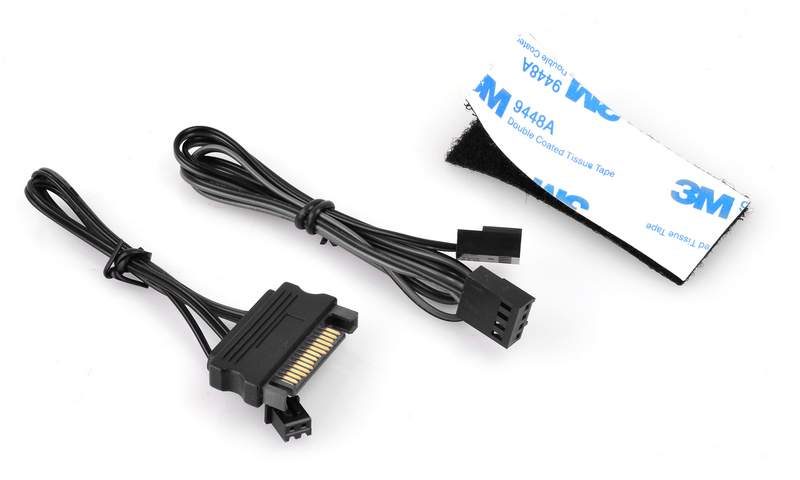 Mounting the device to the case is easy since it already comes with  3M velcro. Simply affix the device and remove when not needed. Plus, the CPU header cable and SATA power cable is included already. So it is just a matter of plugging and organizing the cables.