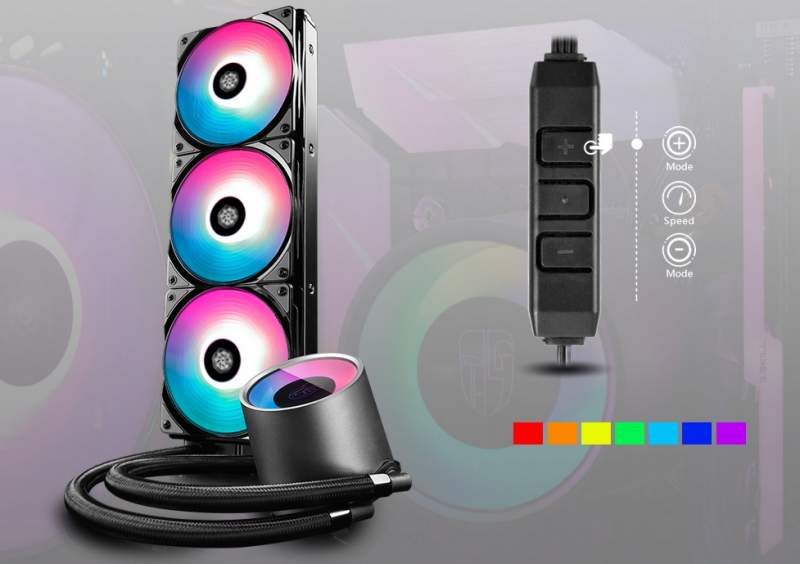 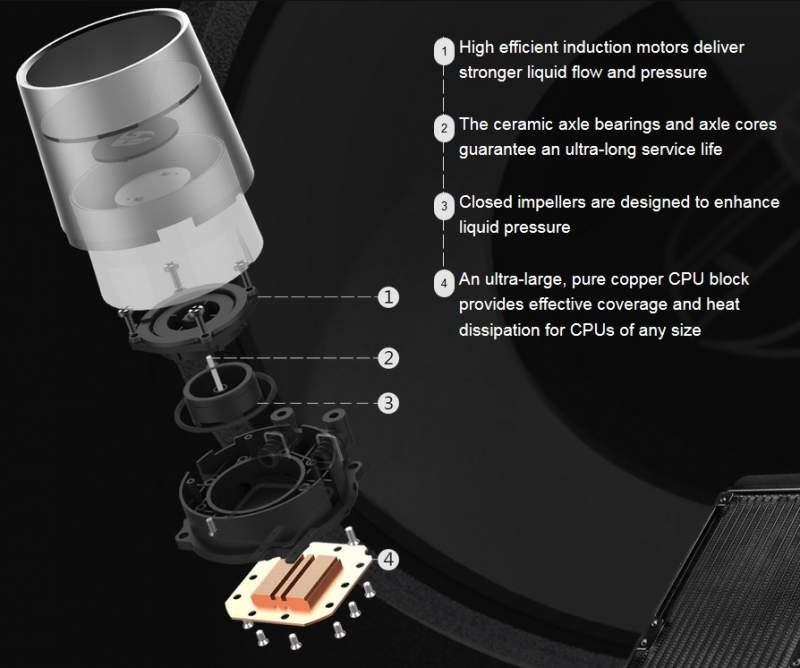 The contact surface area uses pure-copper, allowing for optimal heat transfer from the CPU to the cooling system. This pump block measures 91×79×71mm and operates at 2550 RPM±10%. Although it is fairly quiet operating only up to 17.8 dB(A).

The 27mm radiator itself is made of aluminium like most all-in-one self-contained units. Actively cooling it are three 120mm fans which operate from 500 to 1800 RPM±10%. It pushes up to 2.42 mmAq air pressure and tops out just below 30 dB(A). These fans use hydro bearing so they have a longer lifetime compared sleeve bearing fans. They are also PWM units, so the fan speed can ramp up or down automatically when connected to a motherboard header.

How Much is the Deepcool Gamerstorm Castle 360 RGB AIO? 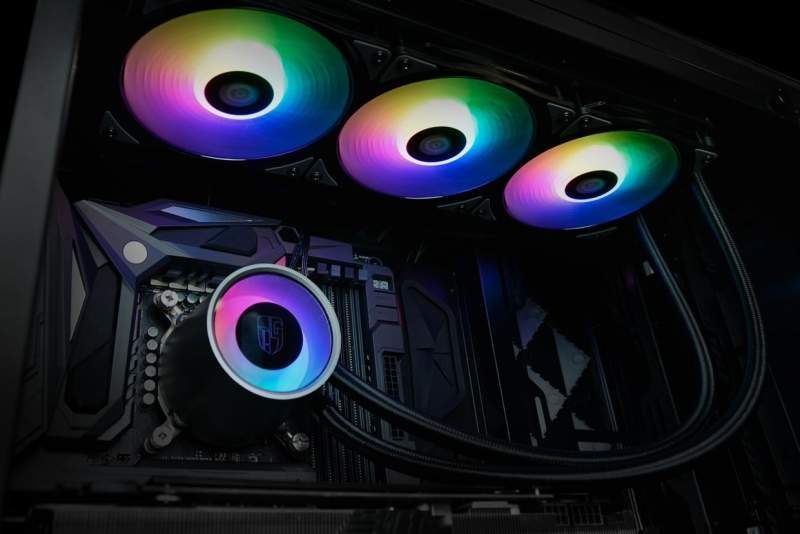 The Gamerstorm Castle 360 RGB all-in-one CPU cooler has an MSRP of €180 according to TechPowerUp.