As some of you will know, the TR4 processors are basically bigger versions of the AMD Ryzen range. They offer bigger core counts for extreme workloads. The 2920X we’ve tested below features 12 Zen+ Cores and 24 Threads with 3.6Ghz Core and 4.3Ghz Boost . However, the even more extreme 2970WX features a whopping 24-cores and 48-threads, running at 3.0 GHz core and 4.2 GHz boost. However, despite their drastic differences in cores and speeds, both CPUs landed about the same with the Castle cooler.

I do think both CPUs would show bigger variations in temperature if they were under a smaller cooler or air cooler. However, the cooling capabilities of the Castle just make such easy work of these beastly CPUs. Of course, that’s a good thing for both you and your hardware.

Even while overclocked, the max load of the 2970WX didn’t exceed 71c, which is absolutely brilliant. What’s more, the gaming load temperatures were also considerably lower. True, you’re more likely to use this chip in workstation loads than gaming, but the Castle will keep the chip cool regardless of what you’re doing. 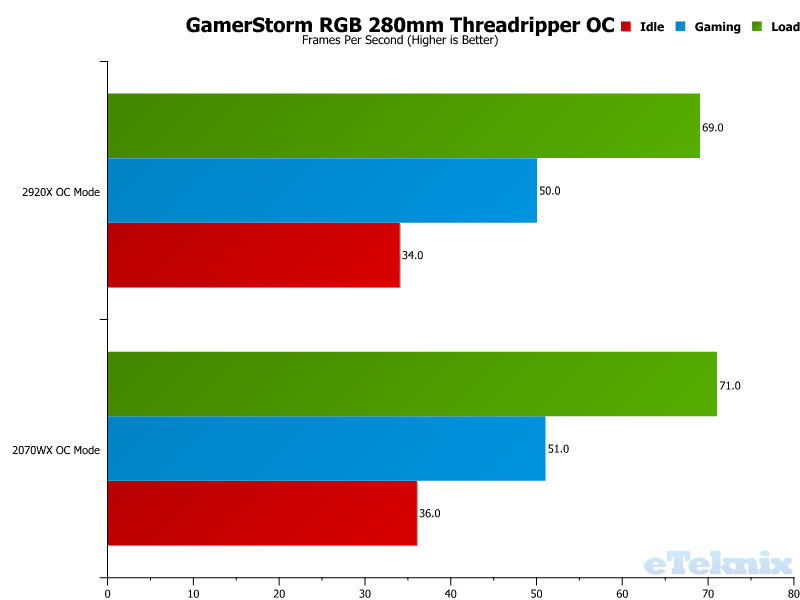 While the temperatures were impressive, the acoustics are already superb too. When powered up, of course you hear a bit of liquid flow in the pump, but that settles down very quickly and in general usage I couldn’t hear the pump at all. You can hear the airflow of the fans, but since their quite large, they use a lower RPM, leaving them very quiet overall. If you’re overclocking, you could comfortably push the fans harder for improved airflow without any major noise issues. 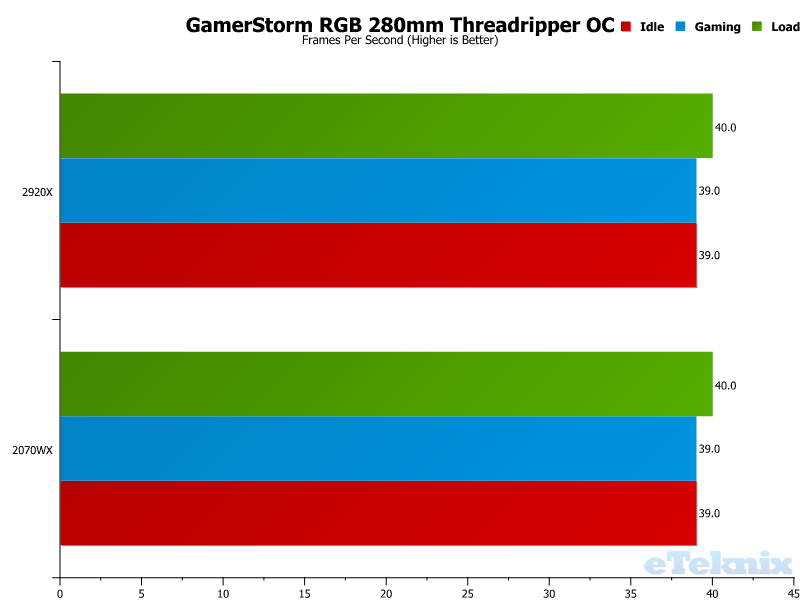 While running the CPUs in their boosted stated, the noise levels were practically identical. There’s 1dBa here or there, but quite frankly I couldn’t hear a difference as well as our decibel meter could. 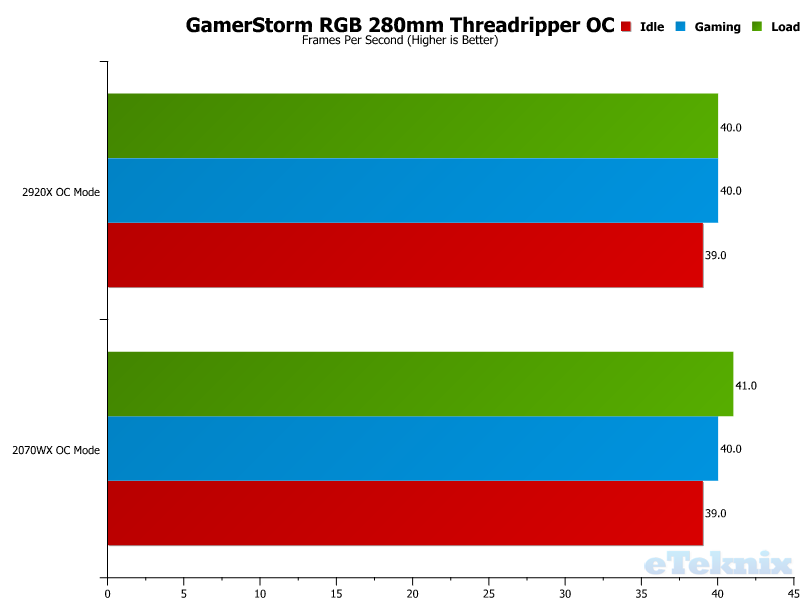