DeepCool are a cooling brand who up until the not so distant past were relatively unheard of. When the time was correct, they wisely chose to enter the market and successfully built their way up to becoming a recognised contender among the cooling giants. Their product library now consists of CPU, VGA, HDD, Server and notebook coolers along with other goods such as case fans and iPad accessories.

Today, we are looking at their current flagship VGA cooler, the V6000. The V6000 is a high performance VGA cooling solution with promising characteristics such as 6 heat pipes feeding from a copper base, an aluminium heatsink with dense fin array and twin 92mm, 1800 RPM quiet’ fans. Offering compatibility with the latest and greatest in single-GPU graphics cards such as the Radeon HD6000 and GeForce GTX500 series as well as some of the ageing hits such as AMD’s HD4870 and nVidia’s GTX 260, the DeepCool V6000 can be utilized by many potential consumers.

With an available retail price of around £50, the DeepCool V6000 has some very stern competition from competing manufactures such as Gelid. £50 places this cooler in an expensive market segment, so the performance better be good enough to compliment it’s price tag. 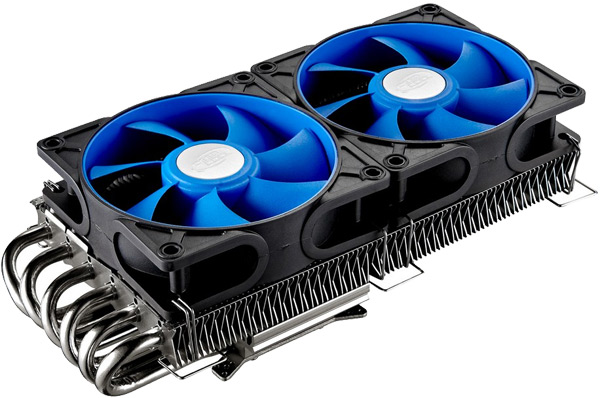