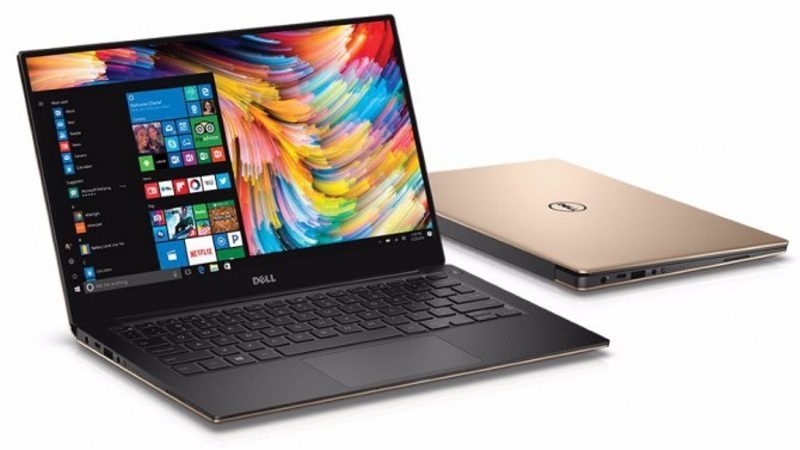 When it comes to ultrabooks, Dell’s XPS 13 offering is often considered one of the best. Last year’s model came outfitted with Intel Skylake processors and now, to match the announcement of Intel’s new Kaby Lake chips, Dell have revealed their plans for an updated version of their tiny powerhouse laptop which not only contains the latest and greatest from Intel, but also includes a new “Rose Gold” model in its lineup.

Underneath the fashionable new exterior, Dell has also packed a lot of upgrades into the XPS 13’s hardware. The headline upgrade is the move to Intel 7th Generation processors, with options of the i3-7100U, i5-7200U and i7-7500U known to be available, which not only provide a processing power upgrade, but also an extended battery life which is expected to run for as long as 22 hours in productivity apps or 13 hours for hardcore web browsing and video streaming on the full-HD version of the ultrabook. Onboard WiFi has also been changed to Killer 1535 Wireless AC which should offer greater speeds than that installed on the older model. Thunderbolt 3 also adds a number of new options for the XPS, offering the capability of driving up to two 4K monitors or use as a single-port docking option for those who use their laptop as a desktop too.

Other than this, the XPS is largely unchanged, with the minimum spec offering a 1080p screen with a Core i3 processor, 4GB of RAM and a 128GB SSD. For those with more money to spend, Dell have options to spec the laptop up to a 3200 x 1800 touchscreen, i7 CPU, 16 GB of RAM and a 1TB SSD, though of course, these specs don’t come cheap. Unfortunately for those wanting the rose gold exterior on a budget will be disappointed, with the new case model only being available starting at $1,179 (around £900), although this does include a number of the higher spec options by default. But will all these upgrades be enough for the XPS 13 to remain one of the best laptops available?