[wpcol_1half id=”” class=”” style=””]Eidos have done it again. They’ve delivered us a great playing experience with the release of the new DLC for Deus Ex: Human Revolution. The Missing Link is a full DLC that will happily give you an additional 4-5 hours worth of gameplay unlike the previous two DLC’s that are just additional weapons and one mission.

If you’ve yet to complete Human Revolution or you’re not that far in, it may be worth stopping here as it may spoil a little of the gameplay you’re heading up to.

The game takes place within the 3 days you were ‘stowed away’ on a container ship heading forSingaporefrom Heng Sha. Detailing what happened to Jensen over the course of the trip. Seemingly according to Human Revolution you were just in Stasis for the trip. Apparently not. 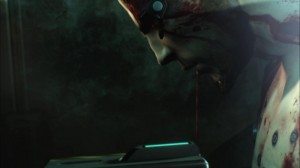 The cargo ship belongs to the security for hire organisation, Belltower. One of – if not the largest organisations you’ll come across in the game. When Jensen is discovered to be stowing away within the stasis chamber he’s quickly retrieved and strapped up for a bit of interrogation. After refusing to answer questions and being left alone in the room, it’s apparent that somebody on the ship is on your side as your restraints are unlocked and you’re free to escape. That’s a good thing, right? Off you go to kick some ass as you would have previously. Wrong….

Whilst strapped up you’ve been stripped of all your body armour and are left topless and covered in blood, the first mission sees you making your way back to a holding area after overhearing guards whittering on about where your items are being kept. So essentially you start with nothing, except presumably very heavy and hard hitting augmented arms to knock people over with.. Once you’ve found your equipment you goal is to escape the cargo ship which has essentially been dubbed ‘The Frying Pan’.. if you think it’s all over once you’re off the ship, think again. 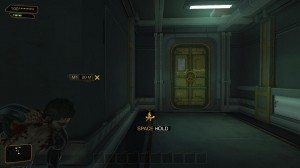 As it turns out, the ship wasn’t initially headed forSingapore, it instead takes you to a ‘Off the radar’ Belltower offshore facility where things start to get a little more tricky. At first Ammo is scarce for the weapons you acquire and you (this is probably just me being awful) find yourself dying more often in the DLC than you did in the full game! Bare in mind here that you have barely no player selected augmentations by this stage to help you scuttle past enemies. 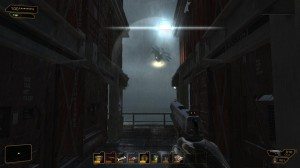 It’s inside the facility that the story starts to unfold and grab a hold of you. While following the main storyline there are indeed a few side quests that will help with those little bit of extra experience points and credits along the way. One of these side quests is finding parts of a weapon that may make life easier towards the end.

As The Missing Link takes place on this offshore facility, there’s not much in the ways of sight seeing, once you’re actually in the facility you’ll find yourself running through the same areas on a few occasions, frustratingly there is some sections of the game you can’t skip by quickly and you find yourself staring at the screen for a good 30 seconds… I myself found it very tedious and considering you’ll encounter this at least 6 times… oh dear. 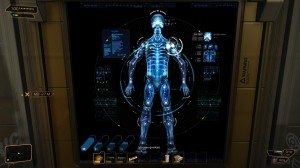 [/wpcol_1half] [wpcol_1half_end id=”” class=”” style=””]Sure, the repetitive areas have different enemies in them each time, but once you’ve learnt to navigate them the first time around it’s pretty easy to make your way around them.

On the subject of enemies – there’s not really any you’ve not already run across in Human Revolution, however there are a few new turrets that you (or I at least) never came across in the main game. Well technically they shouldn’t be called turrets… as I did run straight in to a sensor beam just to see what would happen. Turns out it’s a stationary Typhoon Explosive system.  Oops.

There’s a very limited supply of Praxis points while running around here, so potentially there’s areas you may not be able to access on your first play through. if you spend all your points in combat you’ll making a lot of noise to get around, but if you choose stealthy options you can probably do the whole thing a lot more subtlety than I did. I don’t think there was one area where I didn’t set off the alarms.. 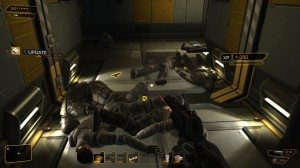 After spending all my points in Armour, Legs and Strength there were a good amount doors / terminals I came across that had level 5 security encryptions. Needles to say I wasn’t getting in to those rooms on this play through.

When you’re coming up to the end of the DLC, you have some hard decisions to make. Or not dependant on your play style, you may just be a ruthless, heartless type of person anyway. Finally when you get to the end you guessed it… there’s a Boss fight.

Personally I found this to be far too easy to describe. At least no where near as cunning or annoying as the bosses you encounter in Human Revolution. It was over before I realised it.. I was creeping around expecting to be slaughtered by a barrage of bullets but it never came. 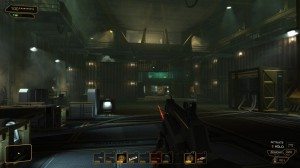 For the price of The Missing Link, it’s definitely worth the buy. Especially if you’re one that enjoys following the story of games, as this pretty much is an integral part. For many it won’t have much replayability but for others it will.

I myself will probably go back and do it all again to try and get some of the achievements I missed. One or two look rather tricky… The PC (Steam) version adds 10 achievements to unlock, potentially more if some are hidden like Human Revolutions. 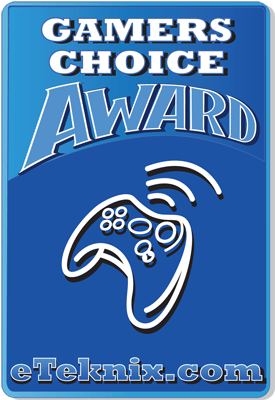