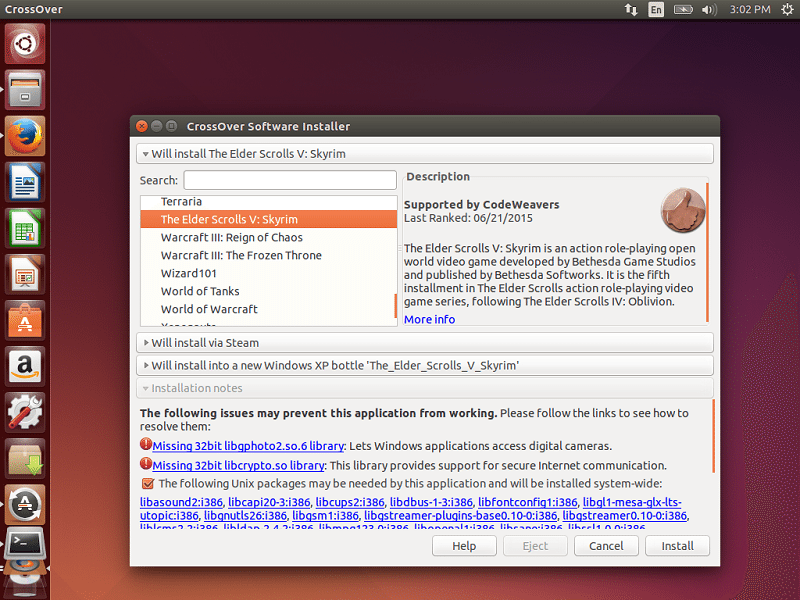 Prior to the launch of Windows 8, gaming on Linux had very little coverage and solely relied on Wine compatibility layers to compile Windows software. While Linux is still a niche outlet, the introduction of SteamOS and a number of native blockbuster games such as Metro 2033 has expanded its appeal. However, too many concessions have to be made if you want the flexibility to play your entire library. In theory, you can use Wine to force unsupported applications but this can cause various stability problems.

Even though Wine itself adopts the open source principle, there is a premium offering from Codeweavers which pays developers to add functionality which eventually becomes an integral component of Wine. This piece of software entitled, Crossover is almost an investor tool to improve Wine’s UI, compatibility and ease of use. Unfortunately, Wine has been limited to DirectX 9 for a considerable time and this makes it incompatible with many modern games which opt for the latest DirectX API. In a blog post during E3 2015, Codeweavers announced they had finally cracked the DirectX 11 problem and plan on bringing it to Crossover by the end of 2015. Their project lead clarified:

This is an intriguing development and although DirectX 12 will be a monumental improvement, it’s always welcome to see games being supported on every platform. I still have doubts though if proponents of open source will be comfortable with this and simply prefer the OpenGL implementation.

If Linux offered a truly low overhead and comprehensive game support, would it be enough to make you switch?

Thank you PC World for providing us with this information.