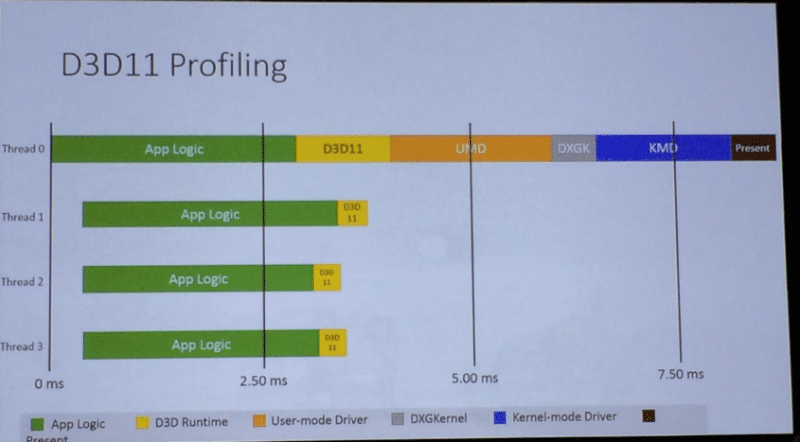 DirectX 12 is on its way and it promises to bring massive performance improvements for PC gaming. The new API will achieve improved performance and efficiency by using multiple cores more effectively vs the current DirectX 11 API. 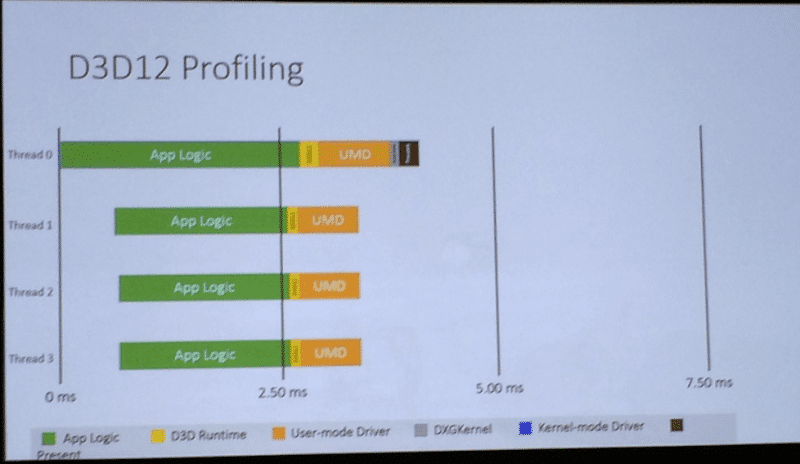 As you can see in the slides above, you can see how much load is put onto the first core using the D3D11 API and how much less is used on the D3D12 API. What does this mean to the end user? Well for one, the frame took 9ms to render in DirectX11, but it only took 4ms in Direct12. By sharing the workflow more evenly across multiple cores, the render time is greatly reduced and the strain on the hardware is also reduced.

I really can’t wait for the official release of the DirectX 12 API, especially since Epic, Crytek and more are already pushing to utilize the new technology.

Thank you Littletinyfrogs for providing us with this information.