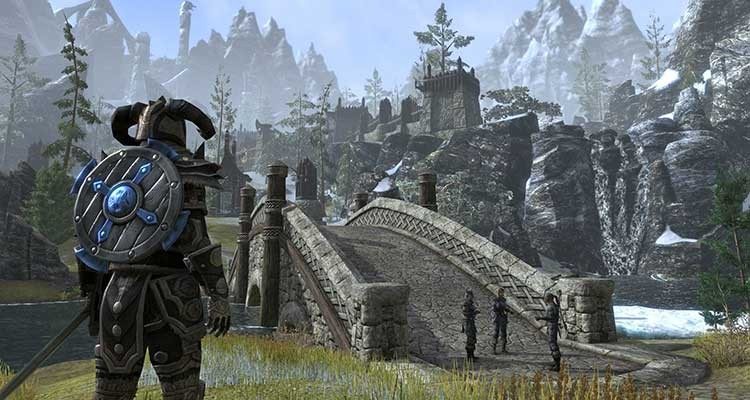 Elder Scrolls Online is a great MMORPG, mixing together many of the iconic landscapes and the rich lore that we’ve come to know and from the many entries in the Elder Scrolls gaming series, but with the ability to share your experiences and battles with hundreds of gamers at once, take on raid bosses and so much more. The only issue with MMORPG’s is that the games can often slow down quite a lot when there’s a huge amount of on-screen action, and while Elder Scrolls Online does a great job of keeping the pace going quite well, even this game suffers from slowdown when there’s a lot of players and enemies on-screen.

There’s no doubt that it’s already one of the best looking MMORPG’s out there, so the fact it keeps up the pace as well as it does it pretty darn impressive. However, the developers at Zenimax Online Studios know it can be even better, which is why they’re now working on upgrading the game’s engine to DirectX 12. during their recent live stream, they revealed that there’s no ETA for this update, but that they are working on it, and with DX12 being able to handle a greatly increased number of draw calls, we can no doubt expect big performance boosts in the future.

“Yes, we are planning on a DX12 upgrade and expect that this will give us a number of graphics performance improvements. We cannot provide an ETA at this time, but it is something we’re working towards.”

They’re also working on improving fog/limited draw distance issues but revealed that it’s not as high a priority as the DX12 improvements. Console gamers aren’t going to lose out either, as they said they’ll be working with the recently unlocked core on the PlayStation 4 to improve performance and while nothing was said, the DX12 upgrade will likely bring some improvements for the Xbox One release of the game too.