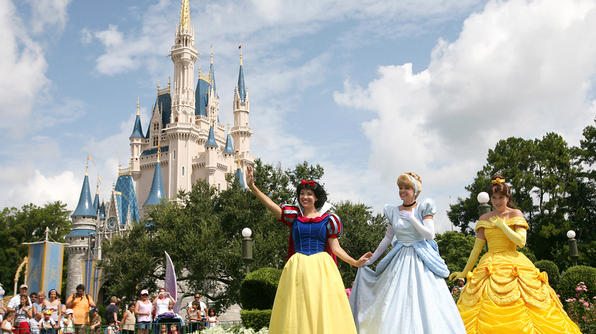 Ever wondered why there aren’t many aerial photos of Disney’s theme parks around? Gizmodo has just complied information that they’ve become highly protected no-fly zones quite some time ago. These prohibited air spaces are said to come around for other reasons than general terror threat.

Flash back to 2003, Disney had successfully talked Congress into declaring the airspace around its theme parks as a no-fly zone. This reportedly came at a good time due to Congress passing big spending bills all centered around the war in Iraq, meaning Disney were able to sneak in their bill which had been on the table for a long time. The space in question actually includes a three mile radius around Disneyland and Walt Disney World, not just the buildings themselves.

According to reports, the main reason they wanted this passed wasn’t due to threat of bombing, photography or bird poop – it’s due to aerial advertisements. We further learned that other theme parks don’t get no-fly zone privileges, even if a terror thread is possible. A Disney spokeswoman, Leslie Goodman, announced at the time of the bill passing:

She went on to explain that this restriction was targeted at things such as “banner ads from trial lawyers” and pilots “buzzing the parks.”

Due to this ruling, there was over 100 aerial advertising companies that were effectively shut down from operations, seeing them lose business until breaking point. However, you’re not plastered with advertisements while you’re trying to enjoy your triple priced hot dog and find your lost third son in the crowd.