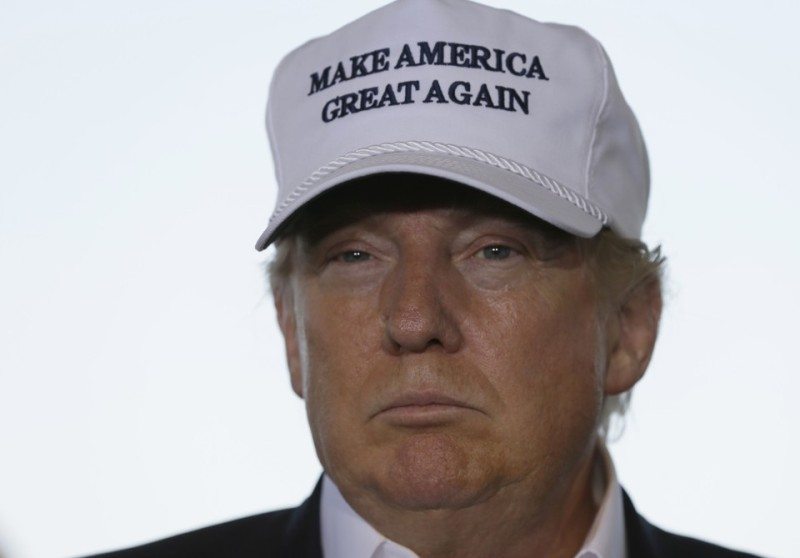 Donald Trump is a divisive figure who seems to thrive on controversy. Whenever he voices any sort of xenophobic or racist remarks, his popularity increases. While there’s an ongoing discussion in the UK about banning Trump, you cannot overlook his ability to resonate with certain voters in the USA. The majority of Trump’s rhetoric revolves around making America great through nationalistic, patriotic speeches and decrying the current state of the USA. During a talk at Liberty University today, Trump made outlandish claims about Apple’s workforce and promised to bring employment back to US citizens:

“We have such amazing people in this country: smart, sharp, energetic, they’re amazing,”

“I was saying make America great again, and I actually think we can say now, and I really believe this, we’re gonna get things coming… we’re gonna get Apple to start building their damn computers and things in this country, instead of in other countries.”

Clearly, this is pure fantasy as bringing a huge amount of manufacturing jobs back to the US isn’t financially feasible. Apple is well aware they can acquire labour in the Asian market at a reduced rate, and maximize profits. While it’s possible for some jobs at the company to be created in the USA, Apple isn’t obliged to offer jobs to a specific nation. In all honesty, this is another political tool being used by Trump to try and emphasize his pro-American ideology. Whatever the case, Trump has become a laughing stock in many countries and his views are mocked all over social media platforms. This is exemplified by various internet memes and brief Vine clips.

Apple has rightfully received criticism for its tax avoidance and could face a hefty charge by the European Commission. On the other hand, the idea that someone running for president can suddenly bring the US workforce back to a company driven by profit is absurd.

Image courtesy of The Atlantic.