Don’t Let Your SatNav Guide You Into a River! 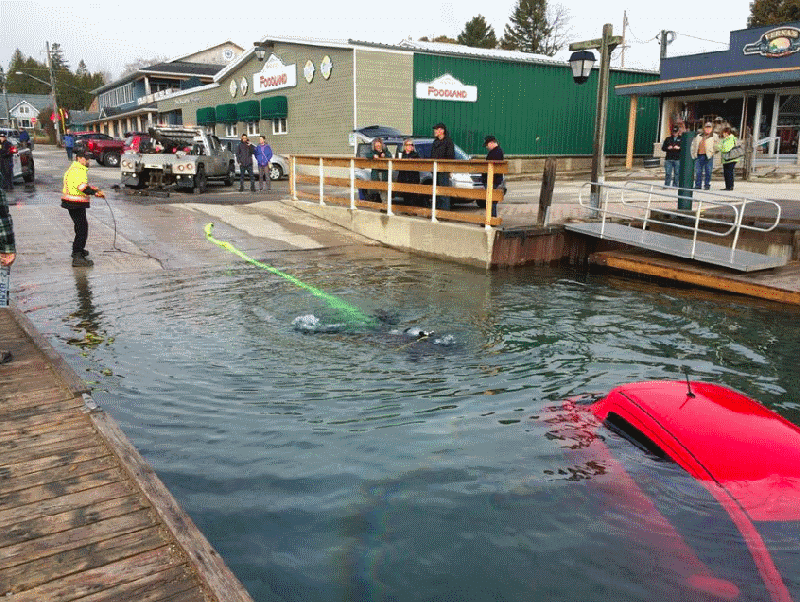 Don’t you love GPS and satellite navigation? Ever try navigating to a new location and wonder just how far you were going to have to drive down that road before turning off onto a side road you might have never seen. Well according to Canadian press someone has relied just a little bit too much on her GPS when she drove her car straight into a river!

The women who wished to remain unidentified was driving along and avoiding the nighttime fog when she took a wrong turn courtesy of her GPS’s navigation instructions. It wasn’t long before the women grabbed her purse and rolled down the window, only to escape out of the car before it sank beneath the waves.

Lake Huron has a boat ramp, something which the women’s sat nav apparently figured was part of her route when it told her to drive down it. Taking the turn as instructed, the women ended up swimming the 30 metres in the river to the shore, followed by a short walk and a call to the police resulting in a ban on boats approaching the launch just in case they replayed the titanic with the car playing the part of the submerged iceberg.

After  someone knocked down the wrong house thanks to Google Maps, and now someone losing their car courtesy of the bad instructions, do we need to stop using and relying on technology for everything?