DOTA 2 Could Be Getting a VR Spectating Mode 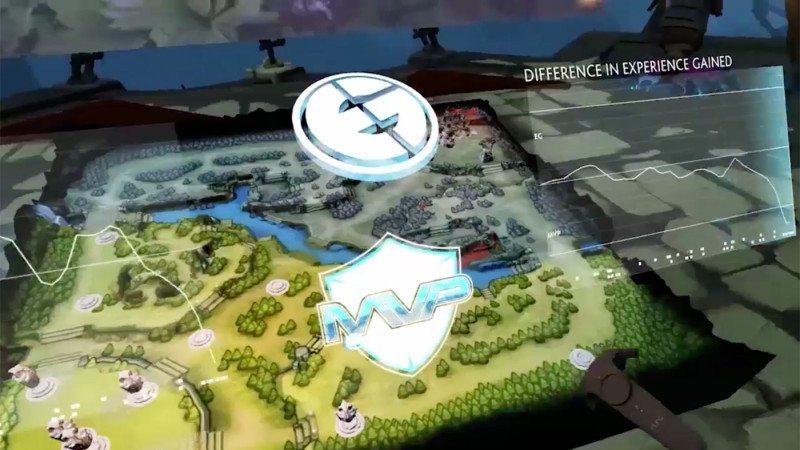 When it comes to eSports, being able to watch the techniques and strategies used by teams as they compete can be a gripping and thrilling experience. Be it at home or in a stadium, watching people play the game and knowing that in a just a few short seconds the entire game can change excites people, so what would you do if you could get closer to the action? You could soon with Valve teasing a VR spectating mode for the MOBA game, DOTA 2.

The footage was teased by Robert McGregor on twitter, showing off just some of the features. The footage shows a screen, similar to the one you would find watching the game regularly, only looking away from the suspended screen shows you details about the events and characters taking place in the match.

To either side of the screen line up the characters, showing the items they’ve all taken, while straight ahead as if on a table you have the overhead map, complete with markers to show who’s where. Compiled with team network and differences in experience gained, a single glance in any direction can reveal something you might normally miss.

Footage of VR spectator mode for #dota2 with @htcvive. Things could NOT get any more exciting today. pic.twitter.com/3f4sEfUX8U

While the new system looks to be made to support the HTC Vive (controllers and all), this is the first it’s been seen in action and if it’s anything to go by, VR spectating could be something that other e-sports look to create in the near future.