Driver Blames Demon in His Uber App for Killing Spree 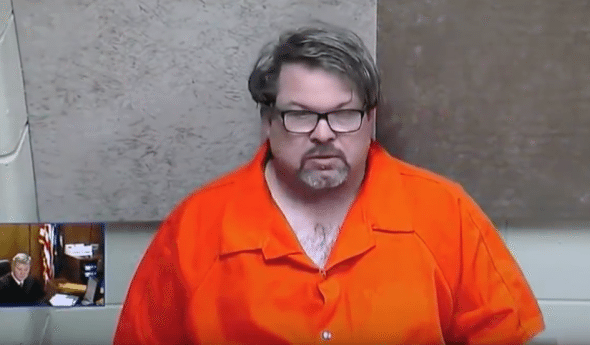 An Uber driver, charged with the murder of six people, and wounding of two others on 20th February, has claimed that he was forced to commit the crimes by a “devil figure” in his Uber app, which was controlling his “mind and body.” In a series of documents released by the Kalamazoo Sheriff’s Office (obtained courtesy of the Detroit Free Press), Jason Dalton, a 45-year-old former Uber driver from Kalamazoo, Michigan, USA, told police after his arrest that a symbol resembling the head of a demon popped up on his app – which he used to conduct his business as an Uber driver – and “that’s when the problems started.”

“I asked Dalton what made him get his gun tonight and he said the Uber app made him,” the police report reads. “Dalton described the devil figure as a horned cow head or something like that and then it would give you an assignment and it would literally take over your whole body.”

Dalton claimed that when his Uber app turned from “red to black that is when he started having problems.” When the app returned to red, he “got his presence back.”

According to the accused’s wife, Carole Dalton, though, tells a different story. According to her, Dalton had been in an argument with a rival driver, who had supposedly shot at him. “[H]e was nearly run off the road last week by this same vehicle, which he believed was owned by an angry taxi driver, upset that Jason was now driving for Uber and taking away his business,” she told investigators.