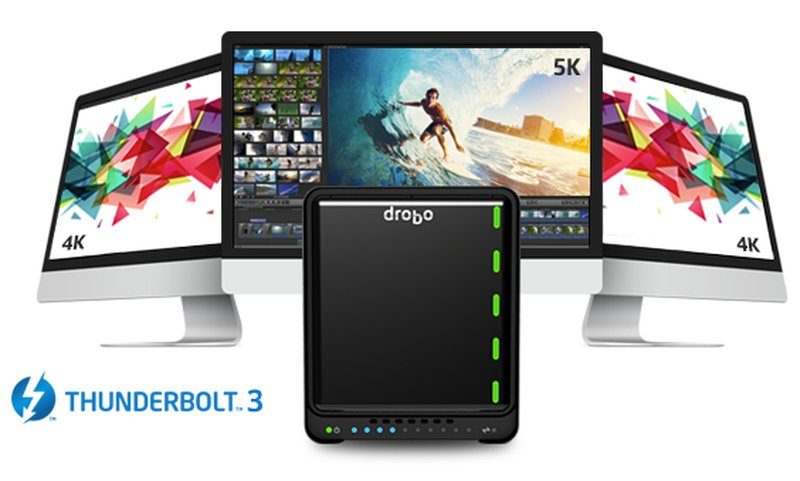 Drobo added a new unit to their line-up and this time the company is adding Thunderbolt 3 to the mix. The new DAS (Direct Attached Storage) is called the Drobo 5D3. The new DAS features a lot of similarities to the other Drobo devices with the only difference being the connection options.

“The 5D3 is a direct result of working with our creative customers to make their workflows more efficient and productive,” said Drobo CEO, Mihir Shah. “We pride ourselves in setting the standard for storage simplicity with automated, easy to use, and reliable data protection.”

The new Drobo 5D3 has up to a double the performance over the original Drobo 5D. Since the management changed in 2015, this is the 8th new Drobo product and the second in just three months. That speaks for the success of the company and that they are on the right track.

Every Drobo unit comes with a few exclusive features where BeyondRAID is the most prominent one. BeyondRAID goes beyond the limitations of traditional RAID arrays, as the name already suggests. You don’t need to worry about the drive setup at all. Just plug in any drives you want, SSDs, HDDs, or SSHDs, and the Drobo will handle the rest. The drives don’t even need to match in capacity, brand, or type either. You simply select a one or two drive disk redundancy and that’s it.

The mSATA cache acceleration isn’t an exclusive feature, but it isn’t one that we see that often. By installing an mSATA SSD in the bottom of the unit, the OS can cache hot files and improve their access times.

Overall, a Drobo is the most Plug-and-Play setup you can get with the least options to worry about.

The highlight for this unit is the Thunderbolt 3 connectivity and that doesn’t just bring performance up to 40Gbps. You also get the ability to daisy-chain up to six devices onto one port on your system. That creates a cleaner setup with less cable mess. For example, the speed is enough to support the bandwidth requirements of two 4K monitors or one 5K monitor.

Not everyone has Thunderbolt 3 on their system, but they do have USB. That’s where the second connection options come into play and that is a USB 3.0 Type-C port. Since it’s only a USB 3.0 port, we only get a maximum throughput on this connection of 5Gbps. 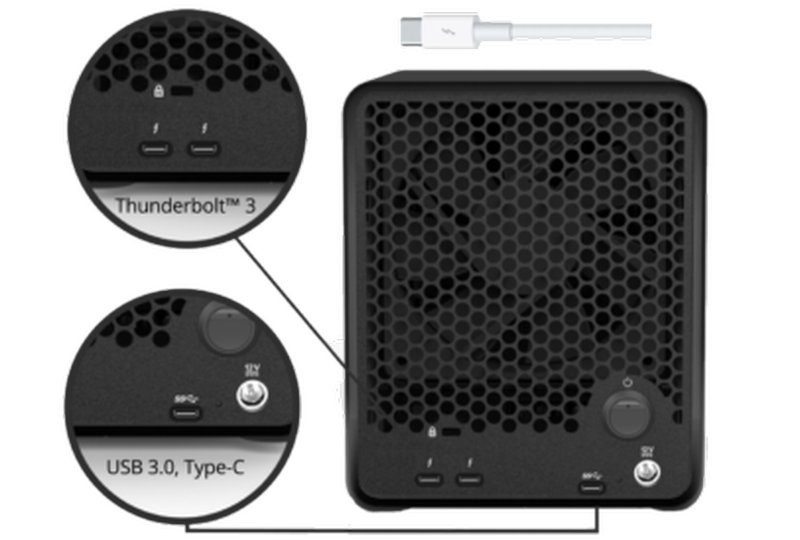 The new Drobo 5D3 is available now for a suggested retail price of £749. The unit is backed by a 2-year warranty and comes as a drive-less unit.