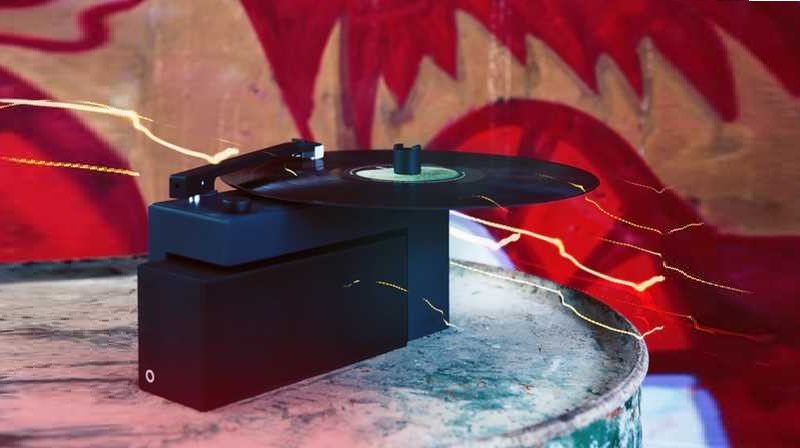 Over the last few years ‘records’ have been making a pretty huge comeback. With the release of various (largely inexpensive) record players, many true audiophiles are returning to what they consider to be the ‘one true source’ of music. One of the biggest problems with a normal record player, however, is that firstly they are pretty huge and secondly, not entirely practical. Well, not beyond sitting on a table or desk and playing music.

Following a new Kickstarter campaign though, the Duo mini turntable looks to provide a compact record player with a surprising amount of functionality!

What Does It Offer?

Well, aside from being really small (and rather funky in design) the Duo does have a huge added bonus. Put simply, it has been created to utilise a lot of modern technologies such as Bluetooth and even Alexa. What is, perhaps, most impressive of all though is that the design includes a completely detachable and portable Bluetooth speaker with up to 10-hours of battery life!

Can I Get One?

Well, at present, the Duo is currently on Kickstarter. With over 50 days still left to go the project has already smashed it’s £15,000 target by nearly twice as much (at the time of writing).

There are a number of ‘early bird’ specials, so if you fancy getting one yourself, now is the time to act! The ‘least expensive’ option to get one at a discount will cost you around £200.

You can visit the official Kickstarter page on the link here!

What do you think? – Impressed with the design? – Let us know in the comments! 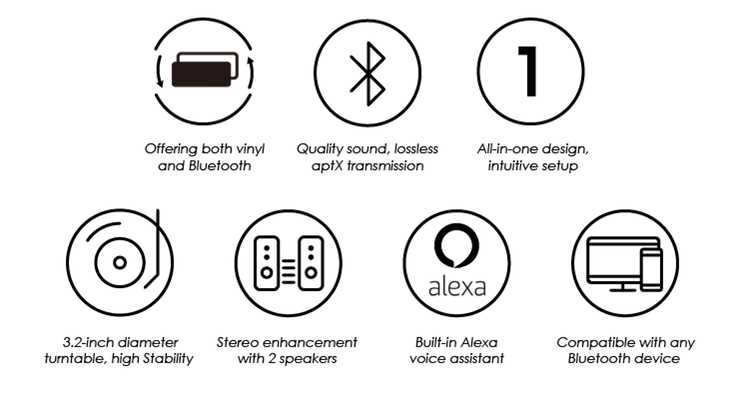