Electronic Arts is in the midst of a PR firestorm after the fans let their anger known regarding the Star Wars Battlefront II issue. The company has tried to apologize and have even taken steps to appease customers by lowering the hero unlock pricing. However, many fans still continue to request refunds in order to make a statement about the issue.

Now according to users, EA has removed the ‘refund’ button on the Origin customer portal page. This would have made refunding swift and as painless as before with other EA games. Now users would have to wait to chat with an EA representative in order to cancel their game. With the sheer number of users asking for refund, some are reporting wait times of 30 up to 60+ minutes. 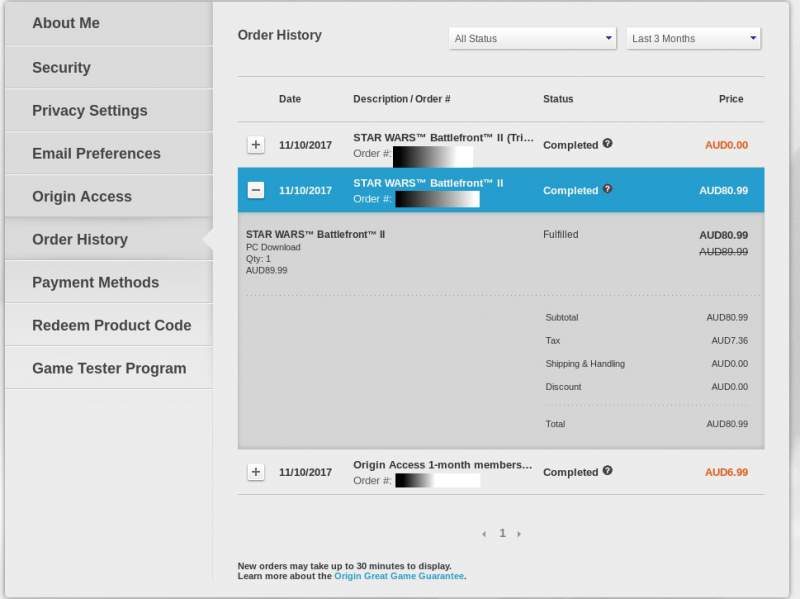 According to those who spoke to EA reps, the refund button has been taken out temporarily due to a system glitch. Apparently, it has nothing to do with slowing down customers from refunding. According to EA, it has to do with some customers ordering multiple copies and getting refunds instead. However, with the climate as it is right now, it is easy to see why this is difficult to believe.

UPDATE: Some users are reporting that the refund button has now reappeared as of 10AM EST.