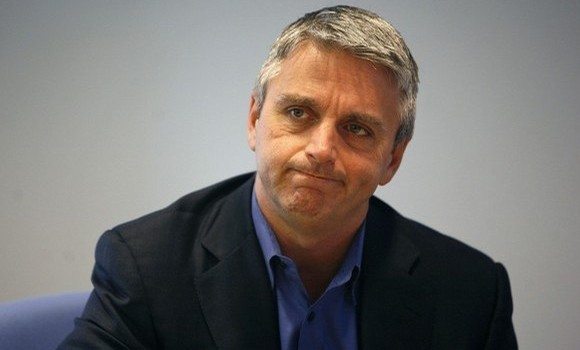 After being in the company for six years, EA’s CEO John Riccitiello will no longer be working with the company from March 30th, 2013. He will also not be one of the board of directors. The decision was made by the CEO because the company missed its financial targets. In an internal memo.

“This is a tough decision, but it all comes down to accountability. The progress EA has made on transitioning to digital games and services is something I’m extremely proud of. However, it currently looks like we will come in at the low end of, or slightly below, the financial guidance we issued in January, and we have fallen short of the internal operating plan we set one year ago. EA’s shareholders and employees expect better and I am accountable for the miss. EA is an outstanding company with creative and talented employees, and it has been an honor to serve as the Company’s CEO. I am proud of what we have accomplished together, and after six years I feel it is the right time for me pass the baton and let new leadership take the Company into its next phase of innovation and growth. I remain very optimistic about EA’s future; there is a world class team driving the Company’s transition to the next generation of game consoles.” Said Riccitiello

EA’s board of directors have decided that Larry Probst will be the CEO for the time being till the company can find a permanent CEO. Probst used to be the CEO of EA between 1991 and 2007, before Riccitello took over.

Probst said,”We thank John for his contributions to EA since he was appointed CEO in 2007, especially the passion, dedication and energy he brought to the Company every single day. John has worked hard to lead the Company through challenging transitions in our industry, and was instrumental in driving our very significant growth in digital revenues. We appreciate John’s leadership and the many important strategic initiatives he has driven for the Company. We have mutually agreed that this is the right time for a leadership transition.”

EA has been criticized by many gamers, even before SimCity goof-up. Publishers like EA have been having tough time ever since the trend of box retail games have been taken over by digital copy sales. SimCity has been under the line of fire ever since it was released. Only recenty had a gamer shown that the game can run in an offline mode, contrary to Maxis’ claim, after which Maxis admitted that the game ‘could’ run offline. Adding to the point that EA’s DLC has a significant impact on the overall storyline and the actual game experience is also one of many reasons many frown at EA’s offerings.

But on the bright side, to smooth things over EA decided to offer 1 free game out of this list of choices: