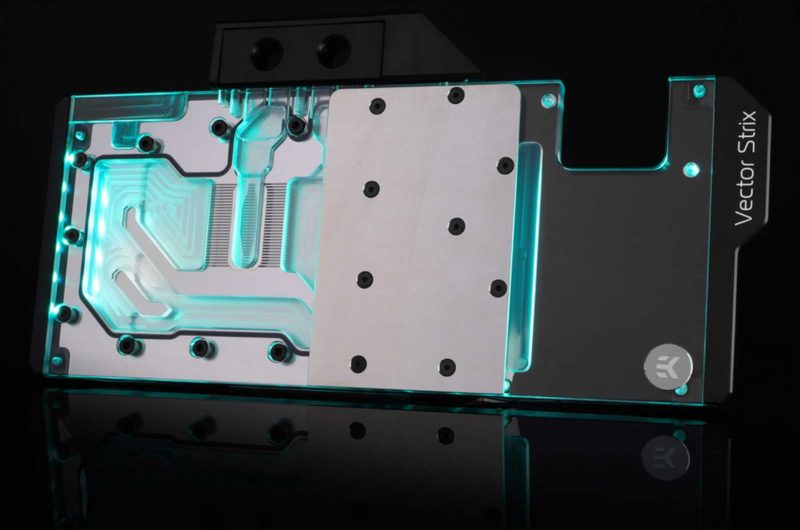 The latest water blocks from EK are here at last! For those rocking the latest ASUS RoG STRIX RTX graphics cards, you’re in luck. The new blocks are built for their latest RTX 2080 Ti, RTX 2080, and RTX 2070 series cards. Unfortunately, no news on RTX 2060 cards, although it’s less likely those cards will end up under liquid anyway. 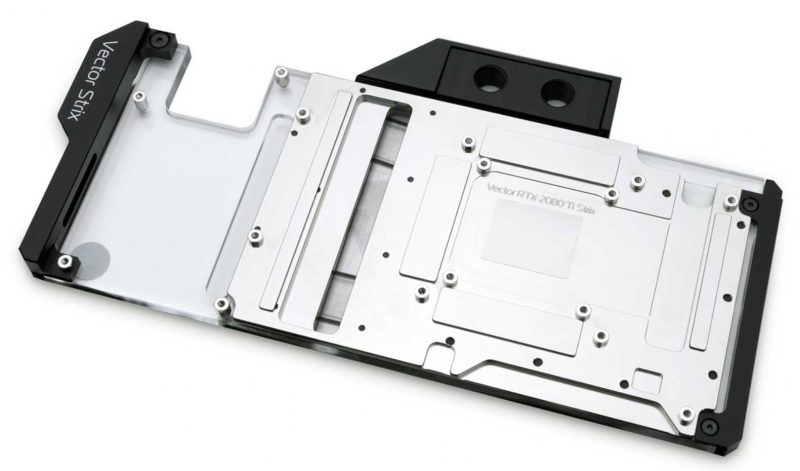 What EK Had to Say

“The inspiration for the new GPU block name “Vector” came from the sheer computing power of the graphics cards that are on the market today. Naming a water block “Full Cover” isn’t enough these days, when the product is packed with unique features, such as these. The EK Vector Strix RTX water blocks are specially designed for multiple ROG Strix GeForce RTX Turing based graphics cards. The water block itself uses the signature EK single slot slim look, and it covers the entire PCB length. This sophisticated cooling solution will transform your powerful ROG graphics card into a minimalistic, elegant piece of hardware with accented RGB LED lighting. The block also features a unique aesthetic cover over the block Terminal which is designed to showcase the graphics card model via LEDs, visible from the side.” 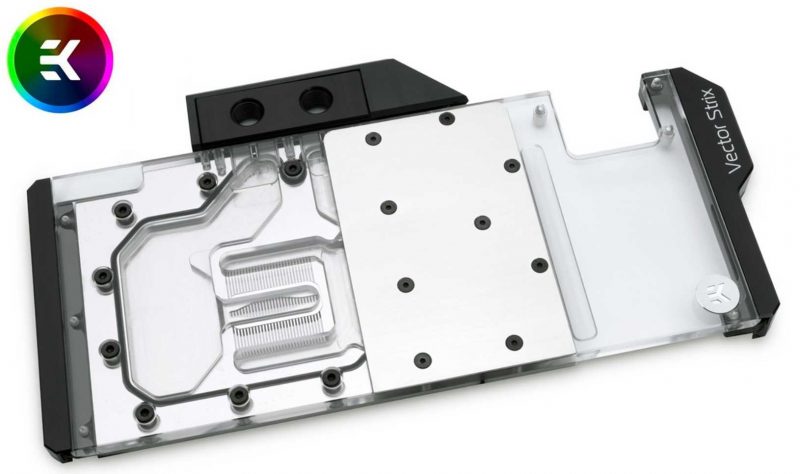 The newly developed water blocks feature the signature EK-Vector cooling engine that has a larger footprint compared to the previous generation of full cover water blocks. This results in a larger surface area for heat transfer which allows the increase of thermal performance of these water blocks. 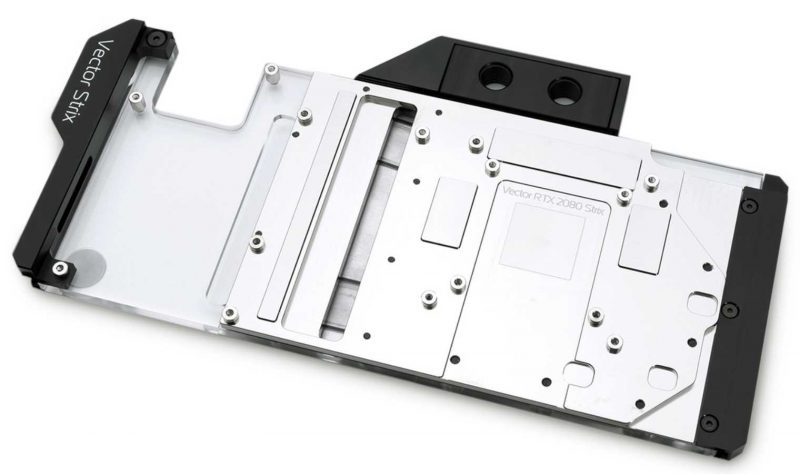